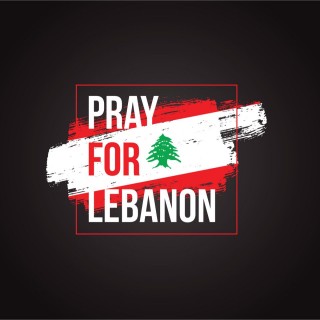 There is no doubt that the participation of Lebanese armed groups in the Syrian conflict reflects sectarian political divisions and threatens to seriously destabilize Lebanon. Ahmed Abdul-Rahman explains.

The term "powerless state" adopted by former finance minister Georges Cormperfectlydescribes the situation in Lebanon. This term actually reflects the nature of the conflicts in the region in a system based on institutionalized sectarianism, where the regional balance of power and the interventions of the regional sponsors- Iran, Saudi Arabia and Syria- or external-the United States and Russia- determine decisions.

Lebanon is the epicenter of the tension that has been fuelled by the Arab-Israeli conflict, the Israeli-Palestinian conflict in particular, which the primary reason for regional conflicts. Western powers, especially the United States (US), support Israel and Saudi Arabia. The US invasion of Iraq undermined previous regional balances, particularly the increasing influence of regional powers in the Middle East, especially Iran, Turkey, and Israel. Moreover, this invasion also led to the escalation of the influence of militant Islamic groups, the most important of which is the Islamic State (ISIS). These changes have prompted the major powers in the region- Turkey, Iran, and Saudi Arabia- to rethink decades-old relationships and regional strategies. This is more evident on the Syrian-Iraqi battlefield, where it is a sectarian proxy battle, that incubates the emerging balance of power.

Lebanon is also still struggling with the shock resulting from the assassination of former Prime Minister Rafik El-Hariri in 2005, which was followed by the withdrawal of Syria and the entry of Lebanon into a new cycle of political and security turmoil.

South Lebanon is the last active Arab front with Israel, after the Gaza Strip. As for the other borders, they have stabilized, including the borders of the Golan Heights, even if this region was disturbed by the current conflict in Syria. As for Iran, which regained a pivotal role in the ArabIsraeli conflict, this was directly reflected in its relations with Western countries, especially in the negotiations that took place over the nuclear agreement.This has served to raise Iran's economic and political position in the region.

Lebanon was subjected to several Israeli attacks aimed at eliminating Hezbollah, which Israel views as Iran's military arm on its northern borders. The Lebanese War of 2006 was the most violent episode in this confrontation. Hezbollah successfully countered the Israeli attack and gained a reputation for what it saw as its victory, despite the enormity of the material damage and the human loss.

Disagreements over the management of the post-2006 war are added to older ones, especially over relations with Syria. Since then, the Lebanese political class has been divided between two cross-sectarian coalitions that derived their name from the 2005 demonstrations between supporters and opponents of Syria's withdrawal.

The "March 8 Alliance" includes Hezbollah, the "Amal" movement, and the Free Patriotic Movement, which is a Christian majority. There is also the Marada Movement led by Representative and former President, Suleiman Franjieh, from the Syrian Social Nationalist Party as well as the Baath Party, the Lebanese Democratic Party headed by Representative Talal Arslan (of the Druze Sect) and the Arab Tawhid Alliance headed by former Minister Wiam Wahab. There are other Nasserite and leftist groups that are active and have Iranian support. There is also the March 14 Forces Alliance,which includes the Future Movement, a Sunni majority group and forms the backbone of March 14, as well as various Christian parties and groups, most notably the Lebanese Forces party led by Dr. Samir Geagea, the Kataeb Party, the Free Patriots Party, and others. Other political organizations occupy intermediate and shifting positions.

The Syrian issue looms large in Lebanese political life, as the civil war there has become an imminent threat to Lebanon. Regardless of its internal roots, the Syrian crisis can be seen as a conflict between Iran, which supports the regime in Syria, and some Gulf countries and Turkey, which are hoping for its downfall and continue to provide material and military support to the opposition forces.

Since the militarization of the conflict, opponents of the regime have used Lebanon as a crossing for weapons, to recruit fighters, and to turn some areas, especially in the north, into a safe haven. Starting in 2012, Hezbollah worked with the Syrian army to confront the opposition an to protect the Shiite villages in Syria associated with the Shiite clans in the Beqaa Valley. Hezbollah, supported by Iran, expanded to protect Damascus, the main strategic axis linking Iran and Hezbollah.

After the recapture of the town of Al-Qusayr, thanks to the fighting groups of the latter in May 2013, the Qalamoun battles began to stop the infiltration and attacks on Lebanese territory. At the same time, many Lebanese Islamist groups support the Syrian opposition, attacking the army or Hezbollah in Lebanon.

There is no doubt that the participation of these Lebanese armed groups in the Syrian conflict reflects sectarian political divisions and threatens to seriously destabilize Lebanon.

How Dubai is handling coronavirus

Geopolitical Conflicts in the Middle East