Egypt and the Nile Dam crisis 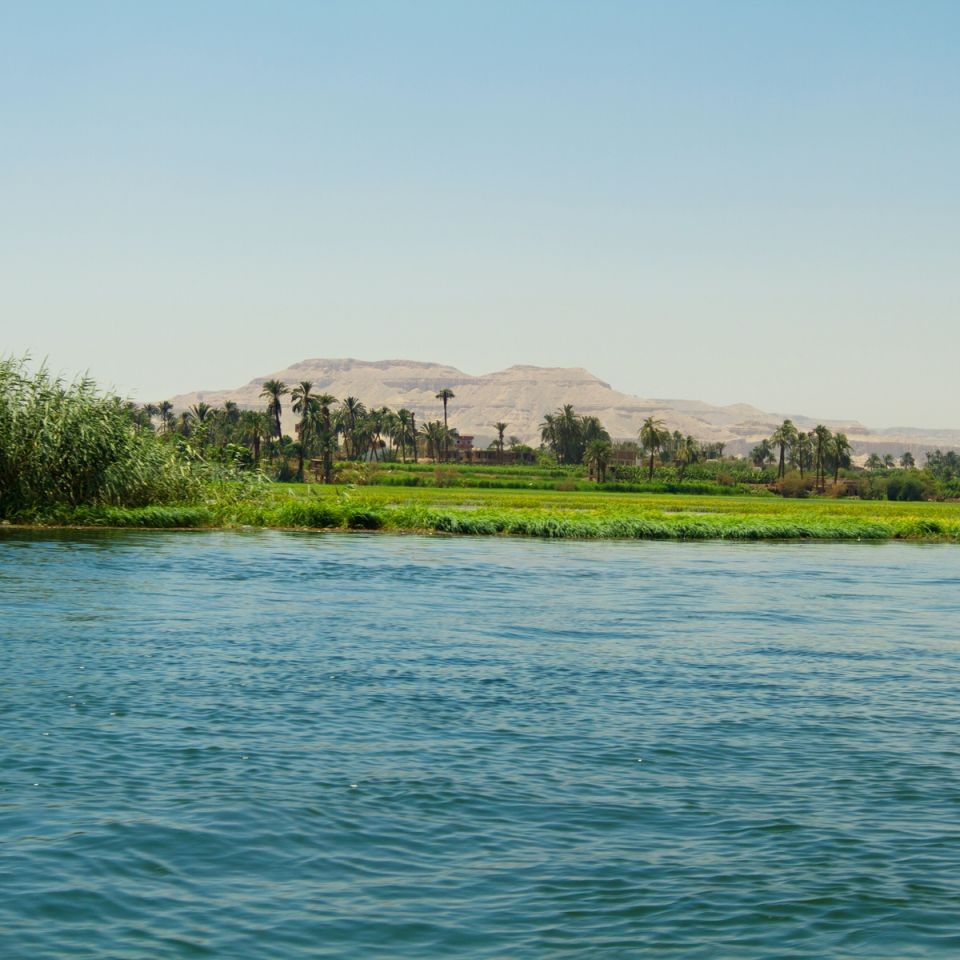 LDC has been looking closely at the relationship between Egypt, Sudan and Ethiopia. There's been a few articles on this website about it by Ahmad Abdel-Rahman about it. Will a war develop over water? This is another take on recent developments.

By Khalid Hassan for Al Monitor

Sudan approved an initiative by the United Arab Emirates to break the deadlock in the negotiations on the Grand Ethiopian Renaissance Dam, but Egypt has not yet followed suit.

Egyptian Prime Minister Mostafa Madbouly (L) welcomes his Sudanese counterpart, Abdalla Hamdok, upon his arrival in the Egyptian capital, Cairo, on March 11, 2021. Sudan, Egypt and Ethiopia have been locked for almost a decade in inconclusive talks over the filling and operation of the Grand Ethiopian Renaissance Dam (GERD) on the Blue Nile, which broke ground in 2011.

CAIRO — A Sudanese delegation headed to Abu Dhabi on Feb. 26 for talks on the border dispute with Ethiopia, as part of a mediation initiative announced by the United Arab Emirates.

Sudan's Cabinet announced on March 23 its approval of the UAE initiative to mediate between it and Ethiopia to resolve their border disputes and the Grand Ethiopian Renaissance Dam (GERD) crisis between Egypt, Sudan and Ethiopia.

This comes on the heels of a visit of a high-level Emirati delegation to Khartoum on Jan. 13. The delegation met with officials in the ministries of foreign affairs and irrigation and water resources, and received a detailed brief of Sudan's positions. The UAE then proposed an initiative to bring views together and resolve the dispute between the three countries.

The Emirati initiative, the details of which have yet to be revealed, comes amid the stalemate and repeated failure of the GERD negotiations. It also comes in light of heightened border tensions between Sudan and Ethiopia over the al-Fashqa border region, which culminated in military confrontations early this year.

Shefa al-Afari, a writer and analyst specializing in African affairs, said the Emirati initiative comes at a critical time. "It comes in light of military escalation across the Sudanese-Ethiopian borders, an unprecedented Egyptian-Sudanese military cooperation and warnings of military intervention in the GERD crisis," Afari told Al-Monitor.

In a speech with officers, non-commissioned officers and soldiers of the Bahri military region on March 21, leader of Sudan's Transitional Military Council (TMC) and Commander-in-Chief of the armed forces Lt. Gen. Abdel Fattah al-Burhan stressed that the Sudanese forces will not retreat from their positions within the Sudanese borders with Ethiopia. For Addis Ababa, these positions are on Ethiopian lands. On March 24, Ethiopian forces attacked the Sudanese forces on the border in an attempt to seize the territories controlled by Sudan.

Egypt and Sudan had signed March 2 an agreement for military cooperation following the visit of Egyptian army Chief of Staff Lt. Gen. Mohamed Farid to the Sudanese capital, Khartoum.

Meanwhile, Egypt reiterated its position on the GERD. In media statements to the talk show "Happening in Egypt'" on MBC Masr on March 24, Egyptian Minister of Foreign Affairs Sameh Shoukry said, "We have many scenarios on the table, and they all are being well assessed to choose the one that will most benefit us."

The UAE has great pressure cards on Ethiopia, Afari noted. "The UAE has huge investments in Ethiopia and close relations with Abiy Ahmed, the Ethiopian prime minister. It also has influence in Sudan and maintains strategic relations with Egypt, as it is a close ally of Cairo in facing various regional challenges. This makes it the best-suited mediator to solve this GERD crisis."

There are currently 92 Emirati investment projects in Ethiopia, concentrated in the sectors of agriculture, industry, real estate, health care and mining.

On March 14, the Abu Dhabi Future Energy Company, also known as Masdar, announced an agreement with the Ethiopian government to implement solar energy projects that would generate 500 megawatts in several locations in Ethiopia.

On April 14, 2020, Ahmed expressed his appreciation for the UAE for sending 15 tons worth of coronavirus prevention medical supplies.

The UAE's Khalifa Fund for Enterprise Development signed a $100 million agreement with the Ethiopian Ministry of Finance on Feb. 27, 2020, to support and finance micro, small and medium enterprises in Ethiopia.

On March 20, 2019, Abdullah bin Ahmed Al Saleh, undersecretary of the UAE Ministry of Economy for Foreign Trade Affairs, said during the UAE-Ethiopia Business Forum that the Emirati exports to Ethiopia in 2018 amounted to $200 million, with an increase of 46% compared to 2017.

On July 8, 2019, Ahmed announced that his country is sending 50,000 Ethiopian workers to the UAE as part of a program aimed at developing the local workforce.

Meanwhile, on Nov. 22, 2019, UAE Minister of Energy and Industry Suhail Mohamed Al Mazrouei said the volume of his country's investments in Sudan amounted to $7 billion, most notably in the fields of agriculture and tourism.

Almost a year later, on Nov. 3, 2020, the Sudanese Businessmen and Employers Federation praised the UAE's major role in supporting Sudan in various fields and its continuous efforts to remove it from the list of countries sponsoring terrorism and to lift economic sanctions imposed on it.

The UAE is also one of the largest international investors in Egypt. During the fiscal year 2019-2020, UAE investments in Egypt stood at about $1.61 billion.

On another note, during a meeting with commanders and officers of the armed forces on March 10, Egyptian President Abdel Fattah al-Sisi reaffirmed that the Gulf's security is part of Egypt's national security.

Explaining why Egypt has yet to express support for the UAE initiative so far, Afari argued that Egypt fears Ethiopia will fail again to show straightforwardness. "Cairo insisted on mediation by an international quartet that includes the African Union, the United States, the European Union and the United Nations," he said. "Egypt sought, through this, to embarrass Ethiopia in front of the world and to obtain the right to defend itself, even if by military intervention," he explained.

On March 20, Ethiopia rejected Egypt's and Sudan's proposal to resort to an international quartet in the GERD crisis. Addis Ababa plans to initiate the second phase of the filling of the dam's reservoir in July.

Afari said Egypt is currently conducting consultations and discussions with the UAE, hoping to reach a consensus formula. "Egypt is afraid to announce its support for the initiative only to see it fail later just like previous initiatives. The fact that until now the terms of the initiative have not been revealed yet could be what is making Egypt so skeptical about it."

He added, "Egypt is well aware of the value of time and does not want to waste time any further after 10 years of unfruitful negotiations."

For his part, Sherif el-Gabaly, head of the Egyptian parliamentary African Affairs Committee, told Al-Monitor, "There are many scenarios for dealing with the GERD crisis. Egypt is currently considering options to preserve its water rights as it deems appropriate. It is also considering resorting to the UN Security Council again."

Gabaly said Egypt is exerting remarkable diplomatic efforts. "It is reaching out to the whole world to show the importance of the Nile water to Egyptians as an existential issue. Egypt is moving in more than one direction. It is fully prepared to deal with many possible scenarios."

Praising the UAE's positive endeavors, Gabaly said, "The UAE is an Arab and brotherly country. It is also well aware of the dimensions of the GERD crisis."

He concluded, "We hope the Emirati or other mediation efforts [in the GERD crisis] will succeed in breaking the Ethiopian intransigence and reaching a binding legal agreement between the three countries. Egypt has been clear from the beginning: It believes negotiations are the only way to solve the crisis, it has been open to all international endeavors and it welcomed all mediation, provided water rights are guaranteed for all countries."

Lebanon teeters; what are the ramifications for re...
NZ must help to break UN paralysis on Myanmar