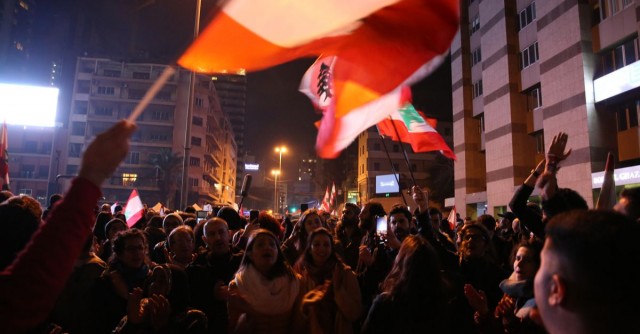 What will be the impact of COVID-19 on people-powered protests in the Middle East? That was the topic of the discussion of the latest installment of Foreign Policy (FP) Virtual Dialogues, in partnership with the International Republican Institute.

This session examined the impact of COVID-19 on protest movements in the Middle East.

The panel discussed how ruling elites have attempted to take advantage of the pandemic to clamp down on grassroots organizing and reassert their control. But, it was concluded, that the pandemic may bring renewed fervour to protest movements as the situation deteriorates and amplifies grievances that had brought citizens to the streets in the first place.

While the conversation echoed short-term pessimism about the lack of accountability of those governments and the added economic stresses brought about by the pandemic, for the long-term, the speakers voiced some optimism:

The panellists comprised Patricia Karam, from the International Republican Institute, based in Washington DC; Sajad Jiyad, from the European Council on Foreign Relations, based in Iraq; and Dalia Ghanem, from the Carnegie Middle East Center, based in Beirut, Lebanon, though she is an expert on Alger
Tags:
Iraq Lebanon Algeria Foreign Policy magazine International Republican Institute
What is the relevance of the GCC?
Expatriate workers struggle in the Gulf