Geopolitical Conflicts in the Middle East 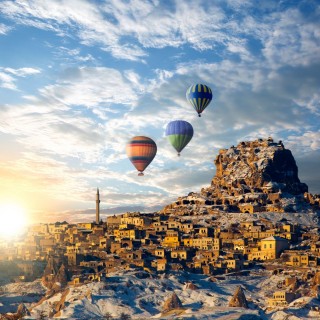 How do the Arab countries aim to respond to Iran's attempt to have more influence in the Arab region? Ahmad Abdel Rahman, who is based in Egypt, gives his explanation.

The Middle East, with the Arab region at its heart, is considered one of the most targeted regions in the world by regional and international powers. This is because of its geopolitical importance in determining the balance of power, its economic know-how, especially its large oil resources, and its financial power.

The Middle East witnessed all forms of conflict between the imperial powers and then the conflict between the European countries after the First World War, the resulting fall of the Ottoman Empire and the division of the region. In the wake of this global war, the states of the region sought to preserve the ethnic, sectarian, and religious structure that we see today. Afterwards, the conflict between the two superpowers: the United States (US) and the Soviet Union erupted after World War II, as polarization policies and traditional alliances, began. Today, we find that the most prominent forms of conflict are between non-Arab states and powers, which are Iran, Turkey and Israel. The Arab historical influence is less than it was, because the conflict is taking place between non-Arab powers on Arab land, and the Arab region.

This region suffers from political fragility, the hardening of its regimes, stagnation, inactivity and resistance to change, and the emergence of the role of active players who do not belong to the Arab countries, especially extremist groups. There is also the spread of civil wars, violence, and terrorism directed by non-Arab powers.

The major problem is that the Arab region is going through a very crucial transitional phase, in which there is no an effective role being played by the Arab world. Where are the conflicts and rivalries between the three powers heading? Which political map will emerge? This conflict over the future of the Middle East is a struggle between the three non-Arab powers mentioned above. There is no place in this conflict for the Arab countries.

The real problem is that the Arab region is paying the price for this geopolitical conflict from its future and political existence. The worst thing about this problem is that this conflict may define the shape of the geopolitical map of the region. The historical paradox is that three powers - Iran, Turkey and Israel – have converged their interests to strike any Arab power, with the help of the West, since 1956. This includes, aborting the Arab unity project between Egypt and Syria in 1958, and striking Egypt's military power as the pivotal and leading state in the 1967 War.

Since the Iraqi invasion of Kuwait, which constituted a fatal blow to Arab national security, the region has headed towards further deterioration, violence, and the spread of armed militias or proxies in the hands of Iran and Turkey. At the same time, the region is still suffering from the failure of the so-called Arab Spring, in the form of terrorism, which gave these forces the opportunity to intervene and penetrate into its heart.

This conflict is liable to turn the Middle East into a fragile region with a large number of small political entities governed by groups, rather than states, with a strong central authority capable of achieving development and strength.

Iran is the most penetrating, influential and expanding country, developing its nuclear power, and working to activate the role of war agents such as Hezbollah, the Houthis, and Palestinian groups Hamas and Jihad. These groups have a clear presence in Iraq, Yemen, Syria, Lebanon and the Horn of Africa.

Iran's relations have been characterized by tension and escalation, and the targeting of oil installations in Saudi Arabia and the American forces in Iraq. Indeed, Iran almost entered into a comprehensive war with the US and Israel, at the height of the Iranian nuclear deal crisis, which was signed five years ago.

Turkey is now seeking to revive the Ottoman caliphate and return to the region, such as through northern Iraq, as well as Syria, to establish areas full of Turkish influence and control. Moreover, like Iran, Turkey has proxies that play as big a role as the Muslim Brotherhood. However, Turkey differs in its relations with Iran in terms of its traditional relations with the West and Israel.

Today, Turkey is fighting over gas in the Mediterranean and has a military presence in Libya, which has put it in a confrontation with Egypt. Israel, which is a regional nuclear power, prevents the emergence of any other nuclear power. This is a direct reason why it is in direct confrontation and military escalation with Iran, especially in Syria.

Moreover, Israel, which considers it's vital for the whole region to be within its under its control, has benefited from Iranian threats that it will enter into peace treaties with more than one Arab country.

The question now: How can this competition and conflict be dealt with? What are the ways this might be done? Maybe Arab powers, comprising Egypt, Saudi Arabia, and the UAE, with the participation of other Arab countries, can confront Iran? Maybe this grouping of Arab powers is the solution and response to the current geopolitical conflict.

Dubai's Royal Household is in the spotlight.

Expatriate workers struggle in the Gulf