The Arab Spring turns into a stage for geopolitical strife 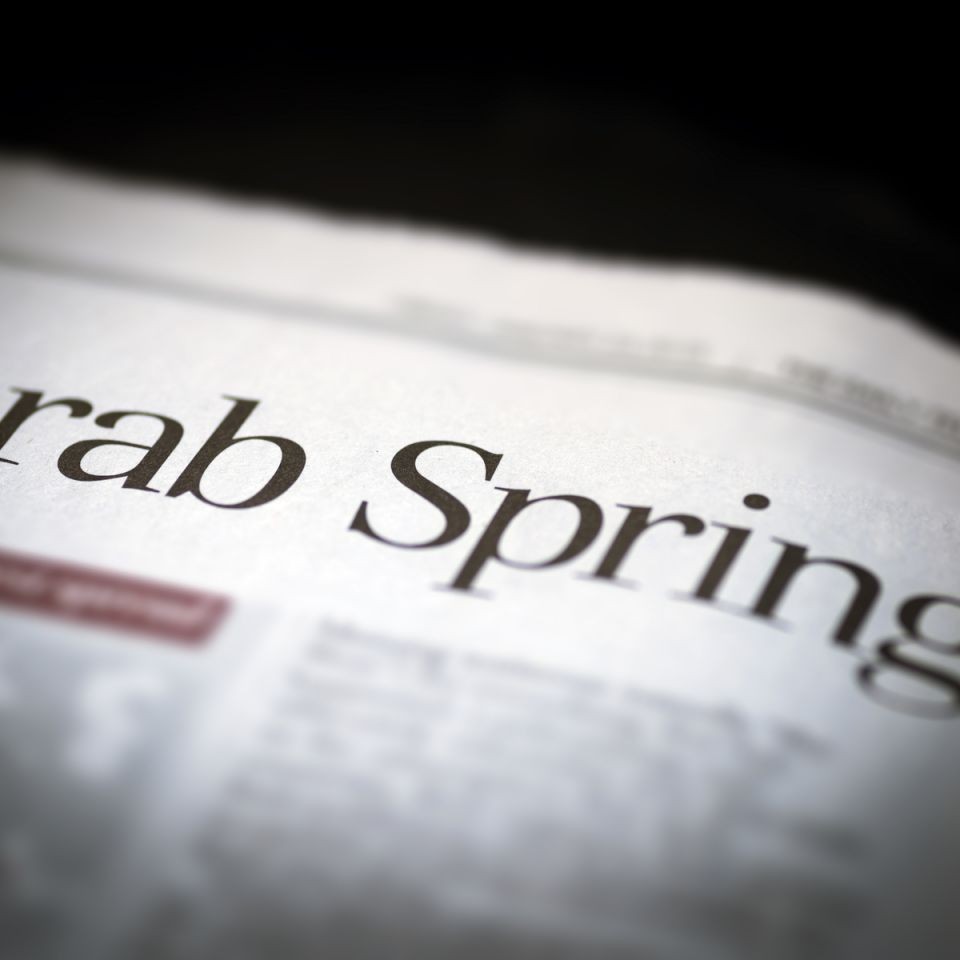 This article looks at how the Arab Spring has led to increased divisions among Islamic countries in the Middle East and North Africa. Ahmed Abdul-Rahman in Egypt discusses what has happened.

It was called the "Arab Spring". Since the changes that took place in the Arab world at the end of 2010, international public opinion, especially the Western media, has sought to describe these changes as a "democratic revolution" led by the masses and opposition groups, aimed at overthrowing the ruling regimes.

International public opinion believed that these revolutions would lead to fundamental geopolitical changes in the Arab region and that the Middle East was not qualified for democratic growth. Moreover, most in the West believed that in its historical context the Arab Spring was equivalent to the collapse of the Berlin Wall in 1990.

However, due to the impasse in the political and economic reconstruction of Tunisia, Egypt, Libya, and other countries, and the continuation of the Syrian crisis, it has become difficult to fulfill the two main demands of the Arab Spring- the development of democracy and improving living conditions.

With the Middle East on the brink of regional chaos, uncontrolled violence and wars, the world's optimistic prospects for the Arab Spring are unlikely. Moreover, some actors have turned the Arab Spring into a theatre of geopolitical rivalries.

Whatever the new geopolitical map in the Middle East, the promising beginning of the Arab Spring is not likely to continue.

Although Arabs share language, religion, and ethnicity, cultural diversity, different doctrines and political systems and economic disparities have made Western colonialism use the policy of "divide and rule". This allows Western countries to extend their influence over the region, which further fuels divisions and disputes.

On the ideological side, Egypt, Iraq, Syria, and Libya were nationalist states , while the Gulf States, led by Saudi Arabia, were countries that followed the "Islamization" system. In modern Arab media, the term "Islamization" has been used to express the attempt to impose certain customs, ideas, or methods on society. Islamists consider "Islamization" to be a return to the nature of Islamic societies and the restoration of the Islamic state, not the imposition of something new.

There has been a long struggle for leadership between these countries.

After the erosion of national regimes, starting with Egypt's alliance with the United States, Egypt's role in the Middle East has declined. This decline was reinforced with the overthrow of the regime of Iraqi President Saddam Hussein, and then the complete end of Mubarak and Gaddafi's rule in 2011. Moreover, Syria has remained under the leadership of the Baath Party, the only nationalist regime in the region.

If we take the perspective of the Gulf intervention in Libya and Syria led by Saudi Arabia and Qatar, we will notice that the main goal of this intervention is the final elimination of the systems of national republics, and the extension of the influence of states ruled by a monarchy. The aim is Islamization system over the entire Arab region.

If we look from the viewpoint of religion, sects and tribes, the Arab countries comprise Muslims and non-Muslims, Sunnis and Shiites. These religious differences will not only affect the struggle for power within the Arab countries, but transnational sects will affect the relations between countries and the region as a whole.

In addition, Iran, as a Shiite country, is trying to penetrate the Arab world and threaten its unity by exporting the revolution, influencing the Arab Shiites in Syria, Lebanon and Iraq in particular, and linking sectarian conflict to that between Arabs and Persians. This sectarian and national conflict led to the outbreak of the Iran-Iraq war. In that war, Syria was the only country that supported Iran, with which it has a long-term alliance.

Now, in addition to the geostrategic tension between the Arab countries, the changes witnessed by these countries have directly affected the regional powers, especially in light of the exacerbation of the Syrian and Iranian crises. Such changes led to the revival of the complex differences between the traditional powers in the Middle East represented by the Arab countries, and Iran, Turkey, and Israel. At the same time, international politics was influenced by issues related to nuclear security and energy security. Disagreements about this also escalated political tensions between the major countries.

By looking at the current geopolitical map of the Middle East, the Iranian and Syrian crises in particular, as well as the possibility of leading to regional chaos in the event that the situation gets out of control, contributes to the tension between the major countries. It also makes the political game between the major countries more complicated.

Consequently, it is difficult to identify the key players in the region, whether from among the major Western countries that have dominated the Middle East for a long time, many of whom havecommitted atrocities, or from other Middle Eastern regional powers.

Is this the end of negotiations with Iran?
Lebanon teeters; what are the ramifications for re...