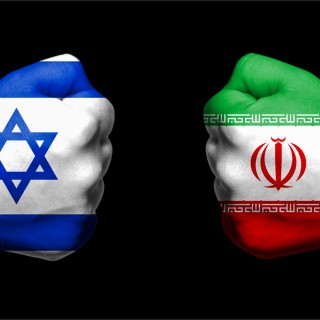 Israel and Iran fight over the future

There's been much discussion as to why Iran's top nuclear scientist was assassinated and which country was behind the attack. Israel is considered to be the main culprit with the backing of the US. What will it mean for the nuclear deal and for the entire Middle East region? This article discusses some of the reasons why the assassination happened.

By Ali Hashem for Al Monitor.

Few outside of Iran had ever heard of the city of Absard until senior Defense Ministry official and nuclear scientist Mohsen Fakhrizadeh was killed on the main road that links it to the capital Tehran. The city's name means cold water, and Nov. 27 certainly poured it on the Iranian establishment, bringing into question the efficiency of the security institutions and the abilities of the country's enemies to impede Tehran's strategic projects.

Fakhrizadeh, described by Israel's Prime Minister Benjamin Netanyahu as the father of Iran's military nuclear project, had just ended a lunch at his in-laws and was in his car in a convoy of three vehicles heading back to Tehran. According to Iranian Defense Minister Amir Hatemi, a group of armed men rained bullets on his bodyguards' car, forcing the convoy to stop. Then a truck on the side of the road rigged with explosives was detonated, and the armed men once again opened fire, killing most of Fakhrizadeh's men as well as the scientist himself, in view of his wife who was in the third car.

While there's no official narrative over how the attack happened and who was involved, speculation has flourished in Iran, and the Ministry of Intelligence said in a brief statement that its operatives are investigating.

The immediate assessment in Iran was "This was an Israeli assault with cover from the current US administration," according to an Iranian official speaking to Al-Monitor on condition of anonymity. The official elaborated that the assassination is part of an offensive by Netanyahu and President Donald Trump's administration "along with some minor elements allied with them in the region." He added, "And it's out of despair; they know very well that this is not going to impede Iran's advancement. It's certain that this is not going to pass without a strong response that the whole world will long remember. But it's Iran who decides when and how, and not the bloodthirsty enemy."

There are fears that one of the attack's casualties might be the revival of the nuclear deal as a new administration in Washington is about to assume office. "The timing of the assassination of Fakhrizadeh matters to a great extent," said Iranian journalist Abas Aslani in an interview with Al-Monitor. He added, "After the US presidential elections, there are actors in the region who are afraid of a US return to the nuclear deal under Joe Biden's administration, and they fear any revival of diplomacy through likely Iran-US engagements. So, during the last days of the outgoing US administration, which provided a golden era to anti-Iran players in the region, they are trying yet again to provoke Iran and create a situation where Biden cannot return to the 2015 nuclear deal."

A few hours after the assassination, protesters gathered in Tehran near the presidential office on Pasteur Street and the Supreme National Security Council headquarters chanting slogans attacking Iranian President Hassan Rouhani, who earlier expressed readiness to revive the nuclear deal with Biden coming to office if the United States compensates Iran for its losses.

"Iran is looking for a breakthrough in its bilateral relations with the US. Therefore I don't think it would retaliate harshly in a provocative manner to this latest attack. It hadn't done it in January when Qasem Soleimani was killed; it won't do it now," said Mohammadreza Kalantari, a professor of international relations at London's Royal Holloway University. "Despite what the hard-liners in Iran are saying, doing and threatening in the last few days, the public opinion vis-à-vis Soleimani is much different from that of Fakhrizadeh." He added, "Iran's position after the assassination [elevating Fakhrizadeh's importance] is a tactic and bargaining chip for the upcoming negotiations with Biden." What Fakhrizadeh meant for Iran's nuclear project is not equivalent to Soleimani's role in its regional policies, he said. "Hence, while Iran retaliated [for] Soleimani's assassination, as it did in January, it won't take a harsher stand this time."

However, Iran's supreme leader explicitly called for revenge. He tweeted for the officials involved to "seriously place two crucial matters on their agendas: first to investigate this crime and firmly prosecute its perpetrators and its commanders, second to continue the martyr's scientific and technological efforts in all the sectors where he was active." It was significant that he didn't use the hashtag "#SevereRevenge," which he used when reacting to Soleimani's assassination.

The debate over how revenge should be carried out continues in Iran, with the party behind Fakhrizadeh's assassination still unknown, and no information has been released yet pointing the finger at everyone's number-one suspect, Israel. When Soleimani was killed, the US administration stepped forward to claim responsibility.

What's obvious is that Iran's deterrence capabilities have been questionable for the past year. Putting aside Soleimani's case, the country has been the scene of several mysterious incidents — the blast at the Natanz nuclear facility as well as the huge explosion at the Parchin military complex northeast of Tehran, among others.

"Iran has no choice but to respond in order to establish deterrence," Aslani stressed, though he drew a more direct line between the assassination and the recent US election. "The assassination targets Iran, but simultaneously it wants to take Biden's Middle East policy hostage by imposing constraints on the upcoming US administration." Aslani predicted that more provocations might happen in the coming weeks because there's a clear will to decrease the chances of rapprochement between Iran and the United States. He added, "Israeli Prime Minister Netanyahu has said that the United States is not allowed to reenter the [Joint Comprehensive Plan of Action]. He had earlier mentioned Fakhrizadeh by name; this might have been done with a green light from the Trump administration. The Trump administration has also worked hard to block the path of a US return to the JCPOA in the future."