Iran takes legal action against the US 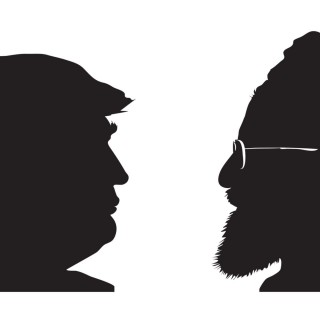 Iran has struggled to contain the spread of Covid-19 and has accused Washington of cutting off access to a life support system.

Consequently, it is the hardest hit country in the Middle East. The latest figures show that the country has had 907,000 confirmed cases and 46,689 deaths, according to WHO.

It was with great interest that I read that Iran is gearing up to sue the US for sanctions on its medical and health care sectors, according to an Iranian Health Ministry official.

This article explains what is happening.

Iran to pursue legal action against US over medical sanctions

Iran will file a legal complaint with the International Court of Justice against US sanctions on its medical and health care sectors, according to an Iranian Health Ministry official.

The regime was blocked by the United States from access to life support systems and medical supplies in the face of the coronavirus pandemic, said Vice Minister of Iran's Ministry of Health and Medical Education Taher Mouhebati to state news agency IRNA at a virtual press conference. Documents for the suit have already been handed over to the vice president for legal affairs.

The announcement follows the resignation of Iran's Deputy Health Minister Reza Malekzadeh on Friday after accusing his boss, Saeed Namaki, of mismanaging the pandemic and causing numerous casualties.

Iran has struggled to contain the spread of the virus since February when the first cases were reported in the city of Qom. The country has been the hardest hit in the region with the number of fatalities and is eighth in the world in total deaths. On Monday, it confirmed 453 more coronavirus-related fatalities, pushing the national death toll to over 45,000. Ministry spokesperson Sima Sadat Lari warned that most of Iran's 31 provinces were declared red zones, with high risks of transmission.

International sanctions were lifted against Tehran in 2016 following the signing of the Iran nuclear deal, also referred to as the Joint Comprehensive Plan of Action. But in November 2018 under US President Donald Trump, Washington withdrew from the deal and reinstated sanctions on Iranian industries and banks. The United States also threatened punishment against foreign companies that sought to avoid these blockades. The sanctions contained exemptions on medicine and medical devices used for the Iranian people but prohibited the supplies if they were found going to designated actors or entities, including Iran's major banks.

The biting restrictions caused severe damage to Iran's economy even before the first cases of the coronavirus were reported in February. As Iran faced their first surge of COVID cases in March, international calls were made for the United States to lift the sanctions and allow Iran to combat the disease. But Washington responded by imposing additional restrictions.

"The Wuhan virus is a killer and the Iranian regime is an accomplice," said US Secretary of State Mike Pompeo in March.

The assassination of Iran's top nuclear scientist ...
10 Growth Opportunities for Media and Entertainmen...