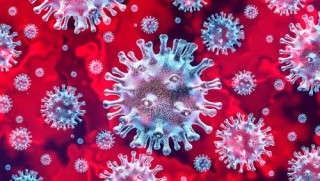 This article, written exclusively for LCD by Ahmed Abdel-Rahman, talks about the impact of COVID-19 on conflicts in the region.

The new coronavirus (COVID-19) came at a very bad time for the Middle East. Since the US-led coalition defeated ISIS, the Middle East and North Africa (MENA) has struggled to achieve lasting peace. Most of the region is still mired in ongoing conflicts, as the civil war in Syria continues, while Libya and Yemen are mired in proxy wars that have led to terrible humanitarian crises.

The human cost of these ongoing conflicts, which has killed hundreds of thousands of people and displaced millions, can never be underestimated. Those who have been driven by conflict to lead a life of misery and deprivation are much higher. The war in Syria has displaced, internally and externally, more than 12 million people (half of the country's population), according to the United Nations. This is in addition to more than 6.5 million internally displaced persons in Iraq and Yemen. In Libya, more than 435,000 people have been displaced. The list of worrying numbers goes on: nearly 11 million people need humanitarian aid in Syria, 24 million in Yemen, 2.4 million in Libya and 4.1 million in Iraq, according to the Food and Agricultural Organization of the United Nations.

The Middle East is facing a watershed moment, an earthquake with transnational repercussions that will destabilize countries that have managed to keep conflicts outside their borders. In countries where the state's absorption capacity has decreased significantly or has diminished, the implications of the emerging coronavirus can be transformative, expanding the range of militias, terrorists, and armed groups.

The impact of the pandemic will be greatest in countries experiencing conflict. In Libya, Syria, and Yemen. Rival factions and their external sponsors have directly targeted hospitals and healthcare facilities. Meanwhile, political elites, militias, and outside powers engaged in proxy wars are fighting fiercely to gain resources and territory.

The possibility that the pandemic will push these conflicts toward peace is slight and could even become a multiplier for conflicts, with the warring parties working to enhance their competition for land and resources, which now includes an expanded focus on ensuring access to vital medical supplies. This crisis represents an opportunity to enhance the reputation of the warring factions,  increase the conflicts raging in the region and consolidate their positions. In other words, the new coronavirus will not be a call to achieving lasting peace.

In Libya, the pandemic has given militias a boost, by giving them an opportunity to divert medical aid to their fighters and using the crisis as a tool to reward and strengthen their preferred care networks and communities. Worryingly, hospitals in Libya are regularly subject to rocket attacks, which exacerbate the dire situation.