The geopolitical importance of the Middle East 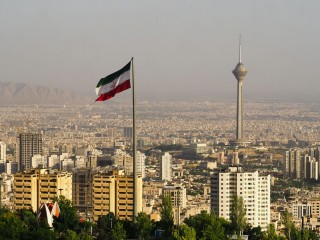 In this article, Ahmad Abdel-Rahman, discusses the geopolitics of the Middle East.

However, in order for the concepts to be clarified, we must differentiate between two related but different concepts of geopolitics.

The first refers to the objective reality of a state in terms of its location on the world map, and it is in most cases stable except in rare cases when a state tries to change this reality, either through diplomacy or by military force.

The second concept of geopolitics is, unlike the first, dynamic and changing. Geopolitics focuses on its implications for the security and prosperity of the state in terms of its relations with this reality.

There is no clearer example of this happening than in the African Horn in the seventies of the last century, despite the stability of the political geography between Somalia and Ethiopia. Somalia became pro-Western after a decade of alliance with the Soviet Union while Ethiopia became an ally of the United States, and the West became an ally of the Soviet Union for decades.

There are several examples from the Middle East that illustrate how changes occurred in the geopolitical landscape of the region despite the continuity of geopolitics and the lack of change. During the 1970s too, major geopolitical transformations took place due to the Egyptian-Israeli peace treaty and the Iranian revolution.

It was important for the United States and some countries in the region to reposition themselves to avoid the repercussions of these two major events.

The region is undergoing important geopolitical changes that may lead to profound transformations in the structure of the regional system. For instance, the administration of former US President Donald Trump saw the Israeli-Palestinian conflict as ended because the last war between the Arab countries and Israel was the October 1973 war.

Also, among the important geopolitical changes was the shifting position of gravity in the Arab world to the Arab Gulf states, which seemed to play a distinct regional and international role. The reason is due to the success of the economic and social policies of these countries, which made them states possessing the causes of power and status, and which earned them the attention and respect of the super and regional powers alike.

With the deterioration of the conditions of the Arab countries in the Middle East, either due to wars or internal revolutions, the Gulf countries will gain more importance in the near and medium terms.

There is increasing interest in the Gulf region, not only because of major economic developments, but also for geo-economic reasons, represented in the fact that the Gulf is the source of energy for the countries of Asia, which is the primary engine of global economic growth. If the Gulf region were exposed to shocks, the oscillations of these tremors would reach distant regions around the world.

There is also a geopolitical reason for the growing interest in the Gulf region- that is the global competition between USA and China.. The American influence in the Gulf region means that the United States will be able to influence the most important energy sources for China.

In this geopolitical map, the importance of Iran in the region is highlighted. Many Arab countries, especially the Gulf States, suffer from the expansion of Iranian influence, and even direct Iranian interference in the affairs of the region.

The limits of Iranian intervention have reached the point that one of the Iranian military leaders says that Iran has come to rule four Arab capitals. As mentioned, the Gulf region has far-reaching dimensions related to the global system and the economics of this system.

With the arrival of the hawkish American foreign policy team in the administration of former President Donald Trump and his announcement of withdrawing from the nuclear agreement with Iran, the geopolitical scene portends unfortunate consequences.

Qatar pays for Hamas' survival
Geopolitical dimensions of energy conflicts in the...