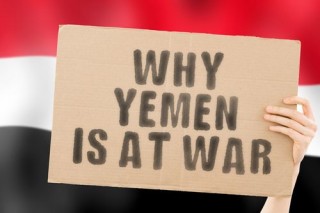 NZ is accused of aiding the war in Yemen.

The New Zealand Government continues to be under fire for its activities in Saudi Arabia- and, in my opinion, rightly so. Should NZ be more cognisant with what is happening in the Middle East? Is pleading ignorance about deals done in the Middle East by the government and government-backed entities good enough? Has the NZ government breached human rights?

This article from Radio NZ gives an update.

New Zealand's Foreign Affairs Ministry granted export permits for military equipment that was sent to Saudi Arabia's forces in 2016 and 2018, raising concerns the government may have breached its human rights obligations.

Documents obtained by RNZ under the Official Information Act detail transactions that experts say raise human rights concerns due to Saudi Arabia's military intervention in Yemen's civil war. Since 2015, at least 100,000 people have died in the war, which has also displaced millions and pushed Yemen to the brink of famine.

The documents showed that in May 2016, the Ministry of Foreign Affairs and Trade (MFAT) approved a permit for military simulation training equipment to be sent to Saudi ground forces. In December that year, sign-off was also given for hand-held computers, radios and range-finding binoculars bound for the Saudi Navy.

The exporter, whose identity has been kept secret by MFAT, applied for an extension to its December permit after that shipment was delayed, the documents showed. This was granted in May 2018. The quantity and value of the equipment exported was also withheld.

While there are no specific international prohibitions on exporting weapons to Saudi Arabia, when MFAT considers an export permit it must assess whether there are any serious violations of humanitarian law. Waikato University international law professor Al Gillespie said officials may have breached this obligation.

In a response attached to the documents, MFAT said: "Both permits were approved within the framework of the New Zealand Export Controls regime, including [MFAT's] assessment at the time that they would not contribute to human rights abuses."

However, by the time the export permits were first granted in 2016, there was already an abundance of concern over Saudi Arabia's involvement in Yemen. A 2015 report by the UN High Commissioner for Human Rights warned Saudi Arabia of its human rights obligations after nearly 1000 civilians were killed within a four-month period by Saudi coalition air strikes whose targets included schools and health facilities.

By 2018, the conflict had spiralled out of control. The UN declared Yemen as the "world's largest humanitarian crisis".

In April 2018, more than 22 million people out of a population of 29 million were in need of humanitarian assistance, including 11.3 million in acute need, a UN report showed.

MFAT added that it regularly reviews its approach to export controls. Following revelations last week that Air New Zealand's gas turbines unit did repair work for the Saudi Navy, the ministry was asked by the government to take another look at whether the export controls were fit for purpose.

Some believe the 2016 and 2018 permits may already have legally compromised the government.

She added that this could amount to a war crime.

Security analyst Paul Buchanan said the export permits meant MFAT and the New Zealand exporter could be part of a "kill chain", with the supply of goods with deadly potential sitting further down a ladder that eventually resulted in the killing or capture of someone by military forces.

"We, as an ethical country, you would hope would have placed some restrictions on the end use of equipment being supplied from these shores," he said.

Foreign Minister Nanaia Mahuta declined to be interviewed but said in a statement: "This export control case precedes my time as foreign minister and indeed was initially approved in 2016 under the previous Government.

"We made it clear this week we consider it unacceptable for entities connected to the New Zealand Government to be exporting military equipment to Saudi Arabia," Mahuta added in her statement issued on Friday.

She did not appear to address the 2018 permit renewal, which was granted under the present government.

Missing persons in the UAE: where are they?
Air NZ CEO can't rule out other controversial mili...