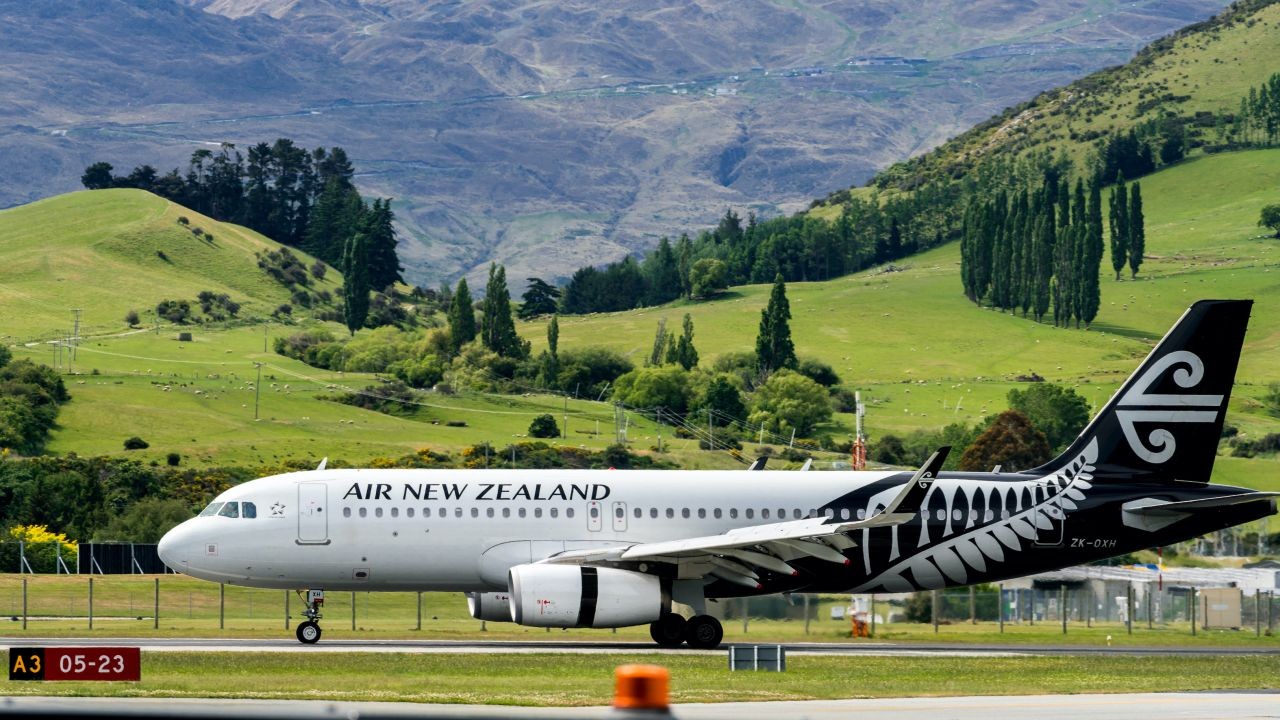 (Shutterstock) Air New Zealand in Queenstown, New Zealand
New Zealand companies seem to have had little to do with the Middle East and rarely seem to be involved in any controversy. This has all changed.

Now the country's national carrier, Air New Zealand, which was bailed out by the NZ government last year because of the Covid-19 crisis which meant that international travel almost ground to a halt, is accused of enabling the Saudi Arabian government to kill people in Yemen.

Now that Air New Zealand has hit the headlines for having its engineers fix the engines of Saudi Arabian navy vessels, the main question is "what else has Air New Zealand, and/or other companies been up to?"

Here's an article on what the controversy is about. If you know anything more, please contact us, especially if you have an update on this story or any other leads.

By Calida Stuart-Menteath in the NBR.

Air New Zealand chief executive Greg Foran is not certain that more of the airline's contracted work has not aided serious international crimes, and will review this.

Air New Zealand is one of only a handful of facilities in the world licensed to repair a certain type of engine used on large vessels, and the division knew the final customer for its engine and power turbine repair work was the Royal Saudi Navy.

The navy's ships are involved in a blockade on Yemen since the current conflict began in March 2015, that has severely restricted the flow of food, fuel, and medicine to civilians, violating international humanitarian law.

The Saudi-led offensive into Yemen, which the United Nations terms the world's worst humanitarian crisis, has caused hundreds of thousands of civilian deaths. More than 80% of the country relies on humanitarian aid and about 20 million people are near starving.

The controversial contract was signed in May 2019 and the first engines arrived for repair four months later, when Christopher Luxon was chief executive of the airline. Luxon, who said he did not recall the contract, is a National MP and one of two of that party's select committee members.

He was not at the meeting, after recusing himself due to the conflict of interest.

Under questioning from select committee members this morning, Foran said if he was chief executive at the time, he would also not have been informed about the contract, due to the airline's sign-off processes.

The gas turbine business had authority to sign contracts up to $5 million without needing to refer upwards, and the contract in question was worth $3m.

The airline is reviewing its protocol on when senior executives should be informed about potentially controversial work before the contract is signed off.

Foran said he was made aware of the contract about 12 days ago and immediately halted its work. Two of the repaired engines had already been sent back, and the remaining turbine – which was "in pieces on the floor" will be sent back with repairs incomplete.

He was grilled by Green Party human rights spokesperson Golriz Ghahraman – who was subbed in to ask questions in place of Julie Anne Genter, the sole Green MP on the committee – on whether there was only a monetary threshold – rather than ethical – on the senior executive being informed when entering business contracts.

Foran said while there was a "very robust system on the supply side" to ensure things such as child labour and money laundering was ruled out, the procedure for signing off "should we do business with this customer?" was lacking and the airline needed to tighten this up.

He could not confirm which other militaries the 35-year-old gas turbine business had done, or is still doing, work for.

"We need time to look through this business … It's important to get it right."

When Ghahraman pushed him on whether the airline could still be "aiding serious international crimes", he again said management needed time to look through the details.

An internal review into what has happened has kicked off. The board has also commissioned an independent external review, led by PwC, which is expected to take between two weeks and a month.

Should MFAT have been told?

Prime Minister Jacinda Ardern has asked for the Ministry of Foreign Affairs and Trade (MFAT) to investigate the legality of the work undertaken by the airline.

Foran confirmed airline staff had been "deep in discussions with MFAT for the last week".

It is possible the airline should have flagged the contract with MFAT, which has a 300-plus page list of which military and dual-use goods and technologies need a permit for export.

Air NZ has brought on two Queens Counsels to look at technical and licensing requirements, and help with potentially serious legal ramifications.

Foran was also asked by National Party MP Mark Mitchell why it took the airline so long to respond to media queries about the controversy.

The chief executive confirmed the first media request about the Saudi contract was made around December 10, when it was dealt with by a "reasonably junior comms team member".

When the media kept pushing, Foran said the comms team "got themselves caught up in the fact [the contract] was through a third party" and they were not meant to share commercial customer details. "I think that was a failing," he said.

While the media requests for information had "swirled around" while the comms team tried to dampen the fire, it did not come to Foran's attention until less than two weeks ago, when media approached Treasury about it.

"Up until then, I wasn't aware of it, nor was any of my executive. But the fact it had been swirling around – that's not right."

Air NZ chair Dame Therese Walsh apologised to the politicians on behalf of the airline, which is 52% owned by the government.

She took the issue "deeply seriously" and would do "everything required to make it right" and make sure a similar situation did not occur again.

Last week, US president Joe Biden said the US would end its support for the Saudi campaign in Yemen. The US supplies 70% of Saudi's arms and has provided technical, logistical and intelligence support to the country since 2015.

While the Saudi contract was the focus of the morning, questions were also asked of Air New Zealand on its capital position, viability, capacity to open international routes, and commitment to carbon reduction.

The airline was somewhat restricted on what it could say on capital position – such as how much it had drawn down from the $900m government loan – ahead of releasing interim financial results on February 25.

But Walsh confirmed the airline planned to launch a public capital raise before June 30.

While its domestic business is at about 80% of pre-Covid-19 levels, "the reality today is a big chunk of our business does not exist."

Much of the business' survival depends on when borders open again – if a travel bubble with Australia and Pacific islands open that would boost the airline back up to two-thirds of its business.

The airline updates its scenarios for borders opening and cash position each week, based on information at hand, and could be running international services within weeks if a bubble opened, Foran said.

It plans to keep routes where it has competitive advantage – such as trans-Tasman and the Pacific – and throughout Asia and to North America.

"It's an interesting and wicked problem to deal with, in the airline industry."

Air New Zealand will continue to run its much-reduced international schedule until the end of June, as it does not see opportunity for travel to pick up until after then.

Air NZ has not provided any guidance for its results in the year to June 2021, but each of the three scenarios it has modelled suggested it would make a loss greater than in 2020.