Is the stock market a Ponzi scheme? 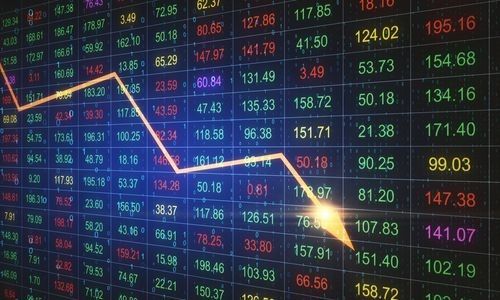 I have been thinking about the financial markets a great deal lately and have been considering why some people get rich and some people don't. In Dubai, in the UAE, (a city I know well) many people live a wealthy lifestyle, but do they really have money?

This article made me question whether stockmarkets are a place to make money as I, and many others, have believed. If the stockmarket is small and lacking liquidity, like that in Dubai or Abu Dhabi, it is often more akin to gambling.

Tan Lui, author of "The Ponzi Factor - The Simple Truth About Investment Profits" likens investing in a stock market to that of investing in a Ponzi scheme.

In this article, based on Tan Lui's writings, Tim Denning argues that the real problem is that the stock market is built on non-dividend paying companies.

I am a huge believer in buying stocks. I've always seen the stock market as my best friend. But as I look at my Amazon stocks that have increased in price by 70% since I bought them not long ago, I'm questioning my beliefs.

Questioning your beliefs and assumptions is a powerful practice.

It pays to challenge your beliefs if you want to make more money, so you can buy back time, relax and work less.

So I'm asking myself this question:

Is the stock market one giant Ponzi Scheme?

A Ponzi Scheme, for those who haven't heard the term, according to Investopedia, is "a fraudulent investing scam promising high rates of return with little risk to investors. The Ponzi scheme generates returns for early investors by acquiring new investors. This is similar to a pyramid scheme in that both are based on using new investors' funds to pay the earlier backers."

"Both Ponzi schemes and pyramid schemes eventually bottom out when the flood of new investors dries up and there isn't enough money to go around. At that point, the schemes unravel.

The Ponzi scheme is named after a swindler named Charles Ponzi, who orchestrated the first one in 1919."

The idea that the stock market could be a Ponzi Scheme came from Tan Liu who wrote the book "The Ponzi Factor." (He has a degree in finance and a Master's of Statistics, and spent his career from 2005–2015 working in finance until he quit to teach statistics and do research full-time.)

In an Australian interview, he compares the creation of stocks to money printing. He calls the stock market Ponzi Scheme "stock printing." The strategy of printing money is currently being used by many countries to fight the global recession, including the US. It's not called money printing when you see it, though. Money printing has many names: stimulus checks, bailouts, the Federal Reserve buying corporate bonds/stocks.

Money printing is creating money out of thin air. It devalues the money that you have in your savings account, making it worth less and acting like a hidden tax you didn't know you were paying.

Stock printing is the creation of more stocks out of thin air by a company. Many of the stocks going crazy right now — Facebook, Amazon, Google — don't pay you any money for owning them.

They create more and more stocks which is fine, assuming that the stock market doesn't suffer a sudden cardiac arrest. When stocks start going down or have a prolonged downturn like they did in Japan for the last 30 years, then things get real. And that's when you may wish that you challenged your beliefs about money and investing earlier.

Tan says that if you own a stock like Tesla you have no ownership in the company. If their stock price goes from $1000 to $800, Tesla doesn't step in and make up the difference.

He uses Google as an example and says "they don't pay dividends, there are no voting rights, and the par value of Google is only $0.001. So, if you own a share of Google, you won't receive any money from the business, you can't vote, and Google is only obligated to pay you $0.001 for that $1200 share."

Owners of a business get a share of the profits.

If you're not getting paid to be an owner in a company, then what do you really own? Tan says, nothing.

Stocks Have No Value

If a company like Google went bankrupt tomorrow, what would you get if you owned their stocks? Tan says you'll probably get nothing.

The myth, he says, that many people rely on is the future belief that if a non-dividend paying company merges with another, then the owner of their stocks will get rich.

Or, like Apple did in 2012, a company that doesn't pay a share of the profits to its stockholders might change their mind in the future. He argues that this is not fact, only hope. Therefore, your stocks have no value unless a fantasy, unlikely to happen, occurs in the future.

The Way You Make Money from Non-Dividend Paying Stocks

The way you make a profit on owning non-dividend paying stocks is to sell them to other investors for a higher price than you initially paid.

Tan asks the question "why do imaginary instruments with no monetary connections to business revenues have any legitimate value?"

Stocks are imaginary paper companies can print at will.

Look at History to Understand

Tan goes back through history to look at where the problem might have stemmed from. Stocks are known as equity and people associate that word with ownership in a company.

Before the 1900s, Tan's research shows that all stocks paid dividends. "Stocks had a definitive profit-sharing agreement between the shareholders and the companies they owned," says Tan.

The core idea of his argument is that the creation of stocks was to help investors have a share of the profits through dividends, not to make money off of the stock price in the form of a capital gain.

The reliance on capital gains is what is wrong with stocks, he says, and makes them a Ponzi Scheme.

"They reinvest their profits into the growth of the company," is a lie

A common argument that was given to me when I bought Facebook and Amazon stocks was that they didn't pay dividends because they invested their profits in the growth of the company. I believed this statement, but now I'm beginning to question it.

Tan says there is no evidence that backs up this statement. There is no transparency to show you that the money you could be getting paid through dividends is actually being reinvested for your benefit.

Not sharing profits with investors is nothing more than an excuse, according to Tan, and it's an easy way for them to get rich off people who buy their stocks. There are companies like Apple that are high-growth and pay their investors a dividend, so why shouldn't all companies do that like they used to?

I have been an investor in the stock market for many years. Stocks have always put a big smile on my face and I have even grown to love them as if they were my children.

While I haven't definitively made up my mind that the stock market is one giant Ponzi scheme, I have learned through what happened in Japan during the "Lost 20 Years" that it pays to question what you're told when it comes to investing and money.

The idea of money printing was a game-changer for me, and stock printing by non-dividend paying companies is the next evolution in this idea.

Are we all just gamblers at a mythical casino run by tech companies? I'm still finding out.

Still, it pays to question your beliefs about money and investing, so you don't find yourself like the investors did in Japan after their economic bubble burst.

Emirates will make about 15% of its workforce redu...
IS benefits from its manufacture of amphetamines