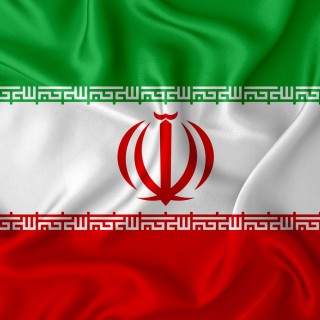 (Shutterstock). Iran is enriching uranium, in violation of the nuclear accord.

There's so much focus on Iran and what it is likely to do with its nuclear programme. Will it continue and expand it or will it dismantle it. According to an International Atomic Energy Agency report, Iran is now using IR-4 centrifuges to enrich uranium in violation of the nuclear accord.

Iran is now enriching uranium with a new type of advanced centrifuge at its Natanz nuclear facility, according to a UN atomic watchdog report obtained by news agencies.

"On 15 March 2021, the Agency verified that Iran began feeding the cascade of 174 IR-4 centrifuges" to enrich uranium hexafluoride at its underground facility, said the International Atomic Energy Agency (IAEA) report submitted to member states on Monday.

The IR-4 centrifuges are Iran's latest violation of the nuclear deal struck between Iran and world powers, known as the Joint Comprehensive Plan of Action (JCPOA), which curbed Tehran's nuclear activities in exchange for sanctions relief. Under the agreement, Iran is only permitted to enrich uranium using IR-1 centrifuges, but the IAEA reported last November that Iran had begun operating the more advanced IR-2m machines at Natanz.

Tehran maintains that its nuclear program is used for peaceful purposes only.

The administration of President Joe Biden has pledged to rejoin the JCPOA, from which former President Donald Trump unilaterally withdrew in 2018, but only if Iran first resumes full compliance under the deal. The United States announced in February it was open to attending informal talks with the JCPOA's original signatories, but Iran rejected the invite.

With Washington and Tehran at an impasse over who should back the first move to restart diplomacy, Iran has ramped up its violations. Last month, Iran suspended short-notice inspection of its nuclear facilities under a compromise reached with IAEA chief Rafael Grossi.

Grossi expressed cautious optimism on Tuesday that the Biden administration could hash out a deal despite Iran's insistence that the United States lift all sanctions before it makes any moves to reenter the deal. Of Iran's position, Grossi said, "It takes two to tango."

"They want to come back," he said of the United States. "But of course … there are a number of issues that still need to be clarified. So it's not impossible. It is difficult, but not impossible."

Iranian Foreign Minister Mohammad Javad Zarif warned this week that time is of the essence. Iran is due to hold elections in June that could see Iranian President Hassan Rouhani replaced by a hard-liner less willing to negotiate with the Americans.

"It is advisable for the United States [to] move fast and moving fast requires them not be shy, but takes measures that they need to take," Zarif said.