After more than 30 years involvement in the Middle East will the US pull out any time soon? 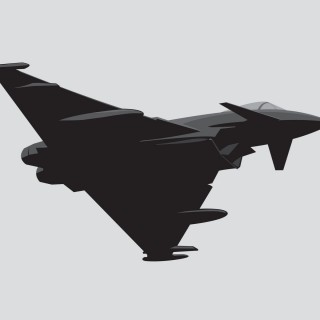 While all this is true, neither of the above has had much impact on me. You live in a country, and accommodate its quirks. And yes, there are many wars in the Middle East. But is that because the Western interference is pervasive, especially from the US and the UK? Arguably, these countries, and others, fancy themselves as the purveyors of justice. Isn't (or wasn't) the US the policeman of the world?

In this article Bruce Reidel, a senior fellow of the Brookings Institute, explains how and why the US entered into war in the Middle East and how it can't get out.

30 years after our 'endless wars' in the Middle East began, still no end in sight

The Iraqi invasion of Kuwait on August 2, 1990 marked the beginning of America's "endless wars" in the Middle East. Before that point, American combat operations in the region had been generally temporary and short-term. President George H.W. Bush wanted to continue that pattern when he responded forcefully and appropriately to Iraq's aggression, but it did not work out that way. Four presidents since have discovered it's hard to get home.

Americans — including my father — fought the Nazis in North Africa in World War II, but the first combat operation in the Middle East proper did not come until July 18, 1958, when President Dwight Eisenhower sent Marines ashore in Beirut, Lebanon. Operation Blue Bat was prompted by a coup, not in Lebanon but in Iraq. On July 17, 1958, the Iraqi army overthrew the most pro-Western government in the Middle East, the Hashemite monarchy that then ruled both Iraq and Jordan. King Faisal II and his family were brutally murdered.

The normally cautious Ike panicked and sent the Marines to Beirut to prop up a Maronite Christian president facing a popular revolt against his effort to get a second and unconstitutional term in office. President Eisenhower was worried that the whole region was about to fall into the hands of the charismatic Egyptian President Gamal Abdel Nasser, hailed throughout the Arab world as an anti-colonialist who was routing the forces of Western imperialism. Nasser was a Soviet proxy, Ike believed, but he had not been behind the coup in Baghdad. In fact, Nasser was as surprised as Eisenhower.

On the ground, the heavily armed Marines rushing ashore were met by vendors selling Coca-Cola and girls sunning in bikinis. It was a bit of a farce, but it was also extremely dangerous and could have turned into a quagmire. Fortunately, cooler heads in the American Embassy prevailed and made a deal with the opposition, and then Washington backed down. Another Maronite was selected president and the civil war ended peacefully. Only one American soldier died in combat, and after 102 days ashore the Marines left Lebanon. Only five years old, I was there in Beirut in July 1958; my father was serving with the United Nations.

The next combat operation also involved fears of Nasserism and the Russians. Egypt and the Soviets intervened in Yemen in 1962 to support a republican coup against a monarchy. Saudi Arabia and Jordan backed the royalists against Egypt and civil war ensued. The Egyptians bombed royalist camps in Saudi Arabia, and King Faisal appealed to John F. Kennedy for help.

Reagan got involved in the region's longest modern conventional war, the Iran-Iraq war in the 1980s. After Iraq attacked the USS Stark in May 1987, killing 34 sailors, the Reagan administration blamed Iran for the war. The U.S. Navy fought an undeclared naval war in the Persian Gulf for over a year against the Iranians. It ended when Iran and Iraq accepted a ceasefire. The navy largely left the Gulf, leaving only a small base in Bahrain. In 1990, that was the only American military base in the Middle East outside Turkey.

The Iran-Iraq war cost Iraq a fortune, including tens of billions in loans from Kuwait and Saudi Arabia. Saddam Hussein decided in July 1990 to rob the bank to escape his self-made financial crisis. On the evening of August 1-2 in Washington, I became deputy task force chief in the CIA to provide intelligence to the Bush team. We immediately warned that Saudi Arabia was Saddam's next target and Operation Desert Shield followed. Americans have been in combat ever since. Today American military personnel are in most Middle Eastern countries, including all the Gulf monarchies, Iraq, Syria, Jordan, Turkey, and Afghanistan.

The Kuwait crisis came with little warning. I was in Baghdad and Kuwait in June 1990; I do not recall anyone mentioning the risk that Iraq might move south on Kuwait. Our focus was on Saddam's threats to "burn" Israel and the construction of launch sites for Scud missiles in western Iraq to hit Tel Aviv. But by mid-July we detected the Iraqi build-up along the Kuwaiti border. We told the president that Kuwait thought the Iraqis were bluffing; we did not.

Bush and his National Security Advisor Brent Scowcroft created a coalition to fight Iraq that included dozens of countries with major troop contributions from Britain and France in particular, as well as Egypt and Syria. Over a half-million American troops were deployed to the Gulf. More went to Israel after the war began and Saddam fired his Scuds at Israel.

Bush tried to avoid an open-ended war. He wisely did not invade Iraq after the liberation of Kuwait, but he created a no-fly zone in northern Iraq, Operation Provide Comfort, that led to years of combat patrols over Iraq. The northern zone was extended to include another no-fly zone in the south, Operation Southern Watch, to protect Iraqi Shiites and keep the Iraqis away from Saudi Arabia and Kuwait, at least in the air. Thankfully, no Americans were shot down by the Iraqis, although tragically two American helicopters were shot down over Kurdistan on April 14, 1994 by Air Force jets, killing 26 Americans on board. I had been on one of those helicopters two weeks before the accident.

George W. Bush took us back to Iraq in 2003. He ignored a warning from Scowcroft that it would divert critical resources from the fight against terrorism. He dismissed intelligence that said Iraq had nothing to do with the 9/11 attack. The invasion has been called the worst decision in American foreign policy ever.

August 1990 was a turning point for Americans. Bush did the right thing, but as ever in war there were unanticipated consequences to the use of force. President Barack Obama and his Vice President Joe Biden tried to get out of Iraq but were drawn back in by ISIS. President Donald Trump has talked about leaving the endless wars, but has actually put more troops on the ground, including sending them back into Saudi Arabia after we left the kingdom in 2005. Washington has discovered getting in is easy, getting out is seemingly impossible.

Is hyperinflation inevitable in Lebanon?
Making the leap to entrepreneurship for seniors; w...