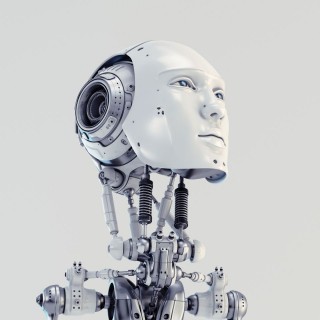 What the next wave of journalism will look like is outlined by Dr Mohamed Abdulzaher, an Egyptian academic based in Dubai, the UAE. He specialises in artificial intelligence journalism and Dubai's Gulf Today carries his column regularly.

Will the 5th Industrial Revolution empower the human mind over machines, what is the future of the media and what will the 7G Journalism era look like?

Media progress has been linked for decades to the development of the ways of communication between humans and the tools or the available machines in every era, since the first industrial revolution, the leap in the field of printing and the growth of the newspaper industry and the emergence of news agencies. Then to the second industrial revolution and the emergence of radio and telegraph, daily and weekly newspapers.

The third industrial revolution and the power of television, direct transmission of satellites, the discovery of the Internet, online journalism and the power of social media, which has become an independent industry, has created a revolution in the media.

In addition to the Fourth Industrial Revolution and the power of Artificial Intelligence Journalism, robotics, and the technologies of the Fourth Industrial Revolution that have been integrated into the media industry — such as 3D printing, big data analysis, Blockchained-News, Robotization of Marketing, open data platforms, and other technologies — have highlighted the power of journalism.

But what after the Fourth Industrial Revolution, and what is 7G journalism or the future of the media in that era?

7G Journalism is a new concept. It is a type of media which follows Artificial Intelligence Journalism era, and will lead the media revolution during the rise of the 5th Industrial Revolution and is expected to start in 2040.

The 7G Journalism is a new era in developing, upgrading and restructuring of the media industry fully compatible with the techniques of the Fifth Industrial Revolution, whereby media institutions in their traditional form will cease to exist and turn into millions of information centres spread around the world.

7G Journalism will be synchronized with the Seventh Generation networks that will cover all points on the globe with strong free internet networks with no interruption. 7G Journalism will rely on individual contributions and direct communications between people via human microchips, where there is no television and radio, news platforms, and nothing called smart applications.

The 7G Journalism will also replace all current media tools by images and automatic content broadcast from central stations and multiple satellites, and operate via smart electromagnetic waves that are captured by the public through human microchips, and through the Internet of bodies, which will be the best way of communication at that time.

7G Journalism will allow everyone to create, amend, edit and redistribute content in an automated way without the need for censorship or limits set by governments.

There are four features that define the 7G Journalism concept:

1- 7G Journalism has the capability of forecasting news and making the story before it happens.

2- 7G Journalism relies on the technologies of the 7G networks, where it can cover anything anywhere in the globe.

3- In the 7G Journalism era the sender will be non-existent from the elements of the communication process.

4- 7G Journalism will help anonymous media organizations to play a significant role in the world.

In the 7G Journalism era and the Fifth Industrial Revolution, I expect the new era of the technology to be faster than previous industrial revolutions. The power of the human mind again will be at play, but with a full integration with machines and artificial intelligence technologies. The robot will become history, alongside the absence of computers and smartphones, which will be replaced by human microchips.

How the world looks upon Israeli expansion
Arab Youth: pragmatism over religion; UAE is show...