Will US foreign policy change much if either the incumbent, President Donald Trump, or Joe Biden is elected? 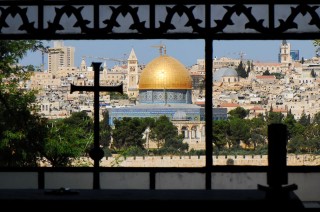 Will US foreign policy change much if the incumbent, President Donald Trump, or Joe Biden is elected?

Much has been written about the US election and whether Donald Trump or Joe Biden will make a difference to how the US conducts its foreign policy with the Middle East, Iran in particular, especially since the withdrawal of the US from the nuclear deal in 2018.

Arguably, Donald Trump's "normalization" deals between Israel and the UAE, Israel and Bahrain (both signed in September 2020) and most recently between Israel and Sudan (with the latter being removed from the list of countries the US considers state sponsors of terrorism) are a sign of what could happen in the future, especially if Oman and Kuwait were to follow suit.

The deal between Israel and Sudan is the fifth deal the US has struck with an Arab State, since the deal with Egypt in 1979 and then Jordan in 1994. Sudan, however, has sent troops to fight against Israel and considered Israel an enemy state. How far this agreement goes to change that is unclear.

How far these deals go is also unclear. As The Economist writes this week: "Elsewhere, too, the election may matter less than both Iran and its foes believe. Iraq's prime minister, Mustafa al-Kadhimi, would like to rein in the militias. But he fears moving too fast will cause bloodshed. Pressure from Washington will not change his calculus. And as Lebanon slides deeper into penury and instability, Hizbullah (like other factions) will only grow stronger, filling the void left by a failed state. America still looms large in the Middle East. But the region has its own politics as well."

One of the countries in the region whose politics is changing rapidly is that of Israel. Here are some of the latest manifestations.

Israel's biggest political parking lot is named "Naftali Bennett." Polls conducted in recent weeks consistently give his Yamina party 20 Knesset seats and more. In the March elections, he barely garnered six seats (of 120), which dropped to five after Rabbi Rafi Peretz split off from the party. Bennett's current 20-plus seats in the polls consist of many disenchanted voters from other parties. Although a right-wing ideologue, Bennett, so it seems, has siphoned off voters from the centrist Blue and White party (worth an estimated 6-7 seats), from the ruling Likud (worth at least 10) and from a variety of parties across the political spectrum.

The draw of Bennett's "parking lot" for these disparate voters lies in the coronavirus crisis. He comes across as just what the country needs to lead it to safety with his proven entrepreneurship, creativity and abilities — as just about everything that Prime Minister Benjamin Netanyahu is not.

Results of a Channel 13 News poll aired Oct. 18 indicate for the first time in the current era a new, theoretical constellation that could reshape Israel's political arena. The numbers suggest that the combined votes of Bennett's Yamina, Yair Lapid's Yesh Atid, Avigdor Liberman's Yisrael Beitenu and the Gantz-led Blue and White add up to a slim Knesset majority that could form a coalition government. The poll gave Bennett a record 24 seats (just three fewer than Netanyahu's Likud), Lapid moved up to 21, while Liberman and Gantz remained steady at eight each.

Adding these numbers, we get 61 seats, i.e., a majority in the 120-seat legislature. This would enable the formation of an Israeli government without the Likud and its allied ultra-Orthodox parties for the first time in over a decade without risking the explosive "leftist" label that is a nonstarter for some of the above-mentioned players and without having to rely on the Arab parties, which are anathema to all of them.

Bennett's dilemma, if and when, will be a cruel one. If he forms a government without the Likud, he would be marking the end of the Netanyahu era and sinking all hopes of mobilizing the firm Likud base that he covets. Bennett's true dream is to inherit Netanyahu's leadership of the Likud. He knows the Likud party stalwarts never forgive anyone who harms their leader. By forming a government without Netanyahu, he risks toppling the ladder on which he is scrambling to the top. On the other hand, and there is definitely another hand, according to the polling, Bennett is Israel's next prime minister (possibly in a job share rotation arrangement with Lapid) — not Netanyahu. Bennett no longer needs the Likud. From the prime minister's perch one can reach any political base as Netanyahu proved when he returned to power just three years after bringing his Likud to a nadir of 12 seats in the 2006 elections.

Bennett's main task at this point is to turn the short-term "parking lot" he opened at the center of the political map into a long-term lot and eventually into a warm electoral home. This is an almost impossible mission. The coronavirus pandemic and the deep disappointment with the greatest hope of the past three elections — Blue and White leader Defense Minister Benny Gantz — have nudged many center-left voters toward Bennett's intrinsically right-wing party. To preserve their support, Bennett will have to cut himself off from Knesset members such as the ultra-right Bezalel Smotrich and the party's radical rabbis, veer to the center and create an agenda that is palatable to this new constituency.

Bennett's latest pronouncements hint at such a strategy. Such moves could scare off the deep right constituency valued at an estimated three to five Knesset seats. Presumably, Bennett's wing span is not sufficiently broad to cover all these bases. He knows that continued surrender to the demands of the ultra-Orthodox parties is an existential threat to Israel's economic resilience, security and social cohesion. He knows Israel needs a government without Netanyahu and without the ultra-Orthodox. He is out for revenge after Netanyahu left him and his leadership partner Knesset member Ayelet Shaked out of the ruling right-wing coalition following the last elections. Will all of the above suffice for Bennett to stare down Netanyahu and bring about his downfall?

Bennett is a fascinating politician. Just 18 months ago, in the April 2019 elections, his party did not cross the electoral threshold and had to sit out that short-lived Knesset term. The voters simply kicked him out. Ahead of the September 2019 elections, Shaked took the helm at the head of a reconstituted party in hopes of improved results. Bennett seemed to have been relegated to the political junkyard and he and Shaked did not fare much better although they did make it back into the Knesset. In the third election cycle, after hooking up with Peretz, they garnered six seats, but remained a marginal niche party. Now, just seven months on, he appears a leading candidate for prime minister, the "hottest" political commodity around, enjoying broad-based support. He owes it all to the coronavirus. A vaccine, if an effective one is found soon, could inoculate a significant chunk of voters against his appeal, but for now he is galloping ahead.

When asked in private conversation whether he sees himself as knocking the final nail into Netanyahu's political coffin, Bennett swears he is capable of doing just that, without a qualm. If Netanyahu kicked him out of the right-wing bloc, there is no reason for him not to knock him off the prime minister's perch.

The question is what Bennett would do if he and his Yamina party end up holding the balance of power in the next elections — possibly as soon as February 2021 — and Netanyahu offers him a rotating premiership. After all, Gantz, a decorated general, fell for just such a deal. Gantz's bitter experience over the past five months makes it abundantly clear that Netanyahu has no intention of making good on his rotation pledge. This in turn has consequences also on a possible Netanyahu-Bennett rotation deal. In fact, it does not bode well for the prime minister.

Years ago, Bennett served as Netanyahu's chief of staff. He knows him inside out. He knows the boss has never been suspected of keeping any promise. Nonetheless, if and when Bennett finds himself with the power to push a button and send Netanyahu home, there is no knowing what he might do. Deep inside, Bennett is still a Netanyahu fan, viewing him as a role model (without the criminal entanglement and his wife's damaging influence). He is not wild about becoming the new shooting gallery target of Netanyahu's hard-core supporters' camp. He knows this will be the toughest decision of his life.

Coronavirus- why life has changed forever.
What do the American elections mean for the Middle...