What to do if you are alone at Christmas 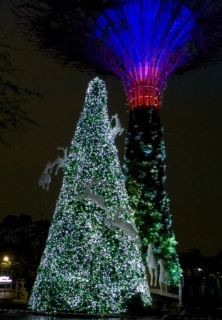 Lucia Dore and Carole Railton discuss the options you could consider if you are "home alone" this Christmas. This article first appeared for www.behaviouralshift.com.

It's that time of year, again. But this time, instead of deciding what you want to do at Christmas, it is probably forced upon you. You may not be allowed to meet family and friends; you are forced to stay alone. Covid-19 has done this.

But this allows you to enjoy yourself and to be less stressed.

Most of us get frustrated when we spend Christmas at home- whether we have partners, husbands, children, grandchildren or friends – especially women. Ancient traditions haven't changed. More often than not, it's a woman who chooses and buys the presents, wraps them, sorts out the Christmas tree and ensures its decorated well.

Generally, too, women still prepare the food and cook it; then they clean up after afterwards. And with more guests there are more glasses, as well as more plates than you would typically use, so there's always a lot of work to do including the washing up, any vacuuming and putting out the laundry to be washed.

Sarah Vine in the UK's Daily Mail wrote: "Of course, if you're a bloke, this arrangement is ideal. In fact, I know many men who have secretly (and not so secretly) enjoyed lockdown, seeing as it mostly involves them barking at Zoom while their spouse takes care of everything else, as well as doing her own work (which, of course, is not nearly as important).

"A few days of frenetic panic-buying of stuff we don't really need, followed by all the shops being closed, kids, everyone stuck at home, bored out of their minds and waiting to be either fed or entertained — and a seemingly endless cycle of cooking and cleaning.

"Long, aimless walks just to get out of the house, too much social media and television — and far, far too much alcohol. Although at least at Christmas you can justify having a sneaky Baileys for breakfast. But otherwise, really, it's no different."

Without family, and often travelling, you never put up a Christmas tree. Moreover, you are not likely to buy many presents. That's an upside with spending Christmas alone. Sometimes you might travel just after Christmas which saves the fuss of Christmas decorations

If you are able, you can travel abroad, enjoying the different sounds and smells that new places offer. But that is likely to be tough, now that more countries are imposing travelling bans, especially from the UK.

Where we've stayed at Christmas

As single, childless women, we've bucked the trend at Christmas because we have spent more Christmases away from family and friends, than with them.

Here are some of places Lucia has stayed. In the UK, she has stayed in a cottage in Cornwall with friends so we could go walking. It rained a great deal. Then she remembers spending Christmas with a flatmate's family. It wasn't fun. And then some friends came over on Christmas Day. She had to cook and do the dishes.

She has also spent Christmas Day in a hotel in the South of England, with a friend. The meal was dreadful. This was followed by foxhunting, which is not her thing at all.

In New Zealand (from where she hails) she recalls a time when it was not possible to cross Cook Strait- that's the strait separating the north and south islands- at Christmas. That being the case, she went to the top of the North Island instead and stayed with family there. Yes, it was very different from a Christmas with her immediate family, but it was enjoyable just the same.

Travelling abroad, she has spent a day in a cold, damp tent in Uganda, waiting for her turn to visit the gorillas- she was scheduled to trek on Boxing Day. Then the meal the tour group had that evening, cooked by the tour group cook, was disgusting. It was not pleasant.

She has also spent many Christmas's in Dubai- and this was forced upon her. She was working there for about nine years. She was with friends, at restaurants, and sometime without. She has lazed around and done nothing. Naturally, in terms of weather Dubai suited her. It's hot and since she grew up where Christmas occurs in the summer.

She has spent Christmas going to Ethiopia. This meant she didn't have to put up Christmas decorations.

On another occasion, she flew to Sana'a in Yemen on Christmas Day. It certainly saved sorting put any trappings of Christmas that day. New Year's Eve was another story. She spent the evening partying at the Movenpick Hotel in Sana'a, after having spent the last fortnight travelling across the country, being involved with kidnapping and a shootout, and sitting on the beach for a few days to wait out the storm—we were celebrating being alive.

She has also headed to Tunisia at Christmas and although she was going alone a friend asked to join me at the last minute, immediately after Christmas Day. She remembers spending Christmas Day wandering the streets, learning more about the culture and speaking with the locals. The meal in the evening was forgettable- nothing to write home about.

If you go to a country earlier than Christmas Day- maybe you plan to arrive on or around the 23rd- you can organize to spend Christmas Day on the beach or just lazing around the pool. Lucia was in Dubai for 8.5 years and ex-patriates are always celebrating Christmas there with a meal at a hotel.

You can also volunteer.

Remember there are always options.

Enjoy having Christmas alone. Whatever you do: remember: you have time for a reset and to get ready for the New Year.

Yemen: reasons for a pending disaster
Tunisia will not be seeking a "normalization" agre...