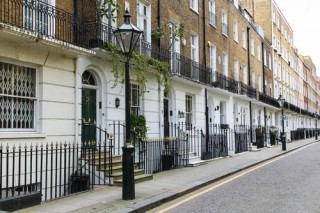 While the British might be reeling from the fall in sterling and the fact that overseas holidays are more expensive, some foreigners like the Emiratis are viewing the Brexit chaos as an opportunity to buy into the property market in Central London. The current Brexit fiasco has resulted in a 25% discount on some property.

This is how Arabian Business explains the demand for Central London property.

Appeal for properties in the centre of London continues to be strong, despite the ongoing socio-economic impact of Brexit

Asking prices for London homes rebounded in October amid a scarcity of new properties, with areas closest to the centre of the UK capital seeing the biggest gains.

Buyers in the UAE can take advantage of almost 25 percent savings in property prices in London as a result of the currency advantage, according to a new report from UAE-based Core.

In its latest Prime Central London (PCL) Snapshot 2019, the real estate outfit found that the appeal for properties in the centre of the UK capital continues to be strong, despite the ongoing socio-economic impact of Brexit.

Alex Casaki, head of London desk at Core, said: "With attractive exchange rates and uncertainty surrounding Brexit, interesting opportunities are being created for dollar pegged economies in the region.

Asking prices for London homes rebounded in October amid a scarcity of new properties, with areas closest to the centre of the UK capital seeing the biggest gains.

Values climbed 2.4 percent to 603,855 pounds ($778,000) on average, Rightmove Plc said in a report published Monday. New listings were down 30 percent on the year, showing how the Brexit crisis has made prospective sellers reluctant to take the plunge.

Properties in London's central transport zone saw asking prices jump 6.4 percent from September, making it the only area where values were up on the year, Rightmove said. Nationally, prices gained just 0.6 percent on the month, the smallest increase for the time of year since 2008.

"London has spent a few years in the price doldrums, but the scarcity of properties coming to market is now helping to underpin prices," said Rightmove director Miles Shipside. "Though with continuing Brexit uncertainty, there is still no certainty of a sustained price pickup."

A separate report by Acadata painted a gloomier picture, with UK house prices slipping in September, driven by a 12th consecutive decline in London.

London and its surrounding regions have borne the brunt of the property downturn since the 2016 vote to leave the European Union, though a buoyant labour market has helped the market weather the storm.

However, Casaki added: "Increasingly, UAE clients appear to have taken the view that the currency advantage and price softening outweigh the uncertainty surrounding Brexit. We have seen this sentiment continue over H2 2019 with Prime Central London properties remaining the most sought after."