Siouxsie Wiles: "They say, 'learn to live with Covid-19'. Here's what I say back" 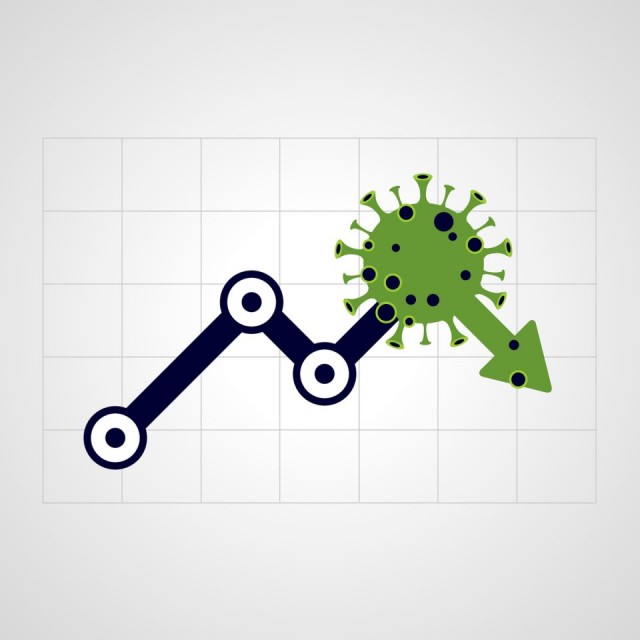 Covid-19 and the stockmarket (or the way it should be)

Covid-19 is affecting everyone all over the world. And although this article is not specific to the Middle East it is relevant because all countries, from New Zealand to Norway, are wondering what the best approach is to controlling the disease. Should the end goal be total elimination – like New Zealand- or herd immunity- like Sweden? Dr Siouxsie Wiles explains why that would be a bad idea.

Here are some arguments for both approaches. Siouxsie Wiles is a microbiologist based in New Zealand.

Around the world, different countries are taking different approaches to dealing with the global pandemic. Here in Aotearoa, our government listened to the advice of the overwhelming majority of its medical experts and scientists and settled on an elimination strategy, which we'll call Plan A. But a vocal minority has been calling for us to take a different path, which we'll call Plan B, or "learning to live with the virus". Before I compare the two plans and see how they stack up, let's start with a summary of what happens to people who get Covid-19.

A lot of people focus on the fatality rate of this virus – in other words, how many infected people die of the disease. It's a surprisingly hard thing to pin down, partly because the data coming from different countries is influenced by their particular health-care systems and capacities, and whether deaths are only counted if people are a confirmed case, which is important if lots of people aren't being tested. The Johns Hopkins Covid-19 tracker currently has global deaths from the pandemic so far at over 770,000. The Economist has also been tracking excess deaths around the world and it's clear that number is an underestimate.

One thing that's clear from the data is that the chance of dying from Covid-19 increases with age. Exponentially, it turns out. A new study just published as a preprint (which means it hasn't been peer-reviewed yet) pulled together data from a range of countries to try to calculate the Infection Fatality Rate (IFR), which is the proportion of infected people who will die, including those who don't get tested or show symptoms. The authors calculated the IFR for Covid-19 as ranging from 0.01% for people under 34 to 36.8% for those over 85. As one of the authors, Gideon Meyerowitz-Katz, tweeted: if we take 10,000 people with Covid-19, that's the equivalent of one 20-year-old, 70 50-year-olds, 890 70-year-olds, and 3,680 85-year-olds dying. You can see why Covid-19 has caused devastation in aged care facilities.

But it's not just about age. Covid-19 is also more deadly in people with some underlying health issues. Diabetes. Hypertension. COPD. Coronary artery disease. Chronic kidney disease. And for people who smoke. Interestingly, people with asthma and respiratory allergies seem to not be so badly impacted. This may be because their cells express less of the ACE2 receptor the virus needs for entry.

The good news is that the number of people dying from Covid-19 is dropping in some places as medical specialists get better at treating those with the disease. There are huge numbers of clinical trials going on around the world looking at different treatment options as well as testing old and new drugs. The anti-malaria and lupus drug hydroxychloroquine emerged as an early lead after Donald Trump started talking about it, but more and more studies (like this one) are now suggesting it isn't effective. More recently another old drug, dexamethasone, was reported to be helpful for patients who need to be put on a ventilator or given oxygen, and a new triple antiviral drug combination looks promising for those with mild to moderate illness.

The long haulers and the potential for long-term health problems

But there is more to Covid-19 than death. And it is also much more than just a respiratory infection. As I mentioned earlier, the Covid-19 virus infects cells using the ACE2 receptor. That receptor is found on cells in all sorts of tissues and organs including the gut, heart, kidneys, lungs, blood vessels, and nervous system. There are reports of people experiencing a mild infection, recovering and then suffering a stroke. Even if they are young and healthy. Doctors have also found evidence of heart damage in some patients and are really worried what that might mean for their future health. Others are worried that the virus might worsen diabetes for some patients or even cause diabetes in others.

On top of that, we're also seeing more and more reports of people who are experiencing months of persistent symptoms. These "long haulers" may suffer anything from fatigue, shortness of breath and achy joints, to a racing heartbeat and struggling to think clearly.

In other words, not only does Covid-19 have the potential to be deadly, but it may also cause serious long-term health issues even for young, healthy people. So, what does all this mean for New Zealand's response to the pandemic?

Plan A: Elimination
When Covid-19 first emerged, the idea behind the elimination strategy was to quickly stamp out the virus by stopping any transmission between people. I was (and still am) firmly in the Plan A camp because the data coming out of China and Italy at the time showed the virus was very serious and cases would rapidly overwhelm our health system. I was also worried about the potential for long term health consequences in those who recovered. There wasn't much information about that at the time, but I was thinking of viruses like Zika which can cause serious neurological problems months later. The data coming out now shows I was right to be worried.

Once elimination of the initial outbreak was achieved, the focus turned to keeping the virus from coming into the country again. Given we still have freight moving in and out of the country and New Zealanders returning home from countries where the pandemic is still raging, that means doing everything we can to stop the virus at our borders. But the Covid-19 virus is a tricky bugger, so sticking with Plan A also means being able to quickly stamp out the virus should it get through our defences.

That's where we're at now. We don't know yet how the virus sneaked back in, but while those investigations are under way, we've snapped back into action to once again stop the spread of the virus within our community.
What we'll soon find out is how quickly the current restrictions and our ramped-up test, trace, and isolate capabilities get us all back to the life we were enjoying at alert level one. The quick move up the alert levels probably came as a shock, but you only have to look to Melbourne and the state of Victoria to see what happens if you don't act fast enough. It was about five weeks before metropolitan Melbourne was placed under the kinds of restrictions that Auckland went into within 24 hours. In that time, cases in Victoria rose from a handful to thousands. Hundreds of people have died. The point of Plan A is to avoid that. Remember, this is the first time we've dealt with a fresh outbreak, so we're learning and adapting the plan as we go along.

Plan B: The alternative
While the supporters of Plan B call it "learning to live with the virus", I think it's more accurate to describe it as "learning to die with the virus". Some in this camp are calling for a loosening of border restrictions so we can get the tourists back, while others want managed isolation and quarantine shortened and/or our capacity expanded by handing it over to the private sector to run. The main thrust of the Plan B argument appears to be that we can't possibly hope to permanently eliminate the virus and lockdowns are bad.

Lockdowns are certainly a blunt tool, but it's also clear that word means different things in different places. And the studies I've seen saying lockdowns don't work are basically reaching that conclusion by comparing apples and oranges. I think everyone should take a look at the Covid-19 Government Response Stringency Index. It's a good way of comparing restrictions in different countries. At alert level one, we've been living with fewer restrictions than many other countries, including Sweden which is often held up as an exemplar of how to "live with the virus". The reality is, thousands of people have died and their economy isn't faring any better than their neighbours despite them not locking down.

Followers of Plan B seem to believe that the young and healthy can just get on with their lives and the economy can fully recover if we just protect those at high risk of severe complications from Covid-19. That means people who are over the age of 60 or have underlying medical conditions will need to self-isolate and keep up with physical distancing. That also means locking down aged care facilities. I'll leave discussing economic recovery to the economists, but I can see loads of problems with this approach. Here's just a few to start us off.
First, I think most people seriously underestimate just how many high-risk people there are in New Zealand. It would be like a quarter of us, many of whom are leading active fulfilling lives and contributing enormous amounts to society. And they're supposed to just hide for the next year or two?!

Second, it doesn't seem to take into account the impact on our health system from dealing with Covid-19. Because even if the high-risk are self-isolating, there will still be people ending up in hospital. One of the things we've also seen overseas is that healthcare workers are at high risk of being infected. What impact will that have on our health service? And what about the loss of productivity from all these people being sick for weeks or months at a time?

Third, it's doesn't consider the growing evidence for serious medium and long-term consequences even for the young and healthy who get Covid-19, and what impact that would have on our health system and wider economy.
And fourth, it doesn't seem to consider what life will be like living in a country where you run the risk of getting Covid-19 on a day-to-day basis. A lot of things we've been taking for granted at alert level one will be risky. Does that mean many people will change their behaviour and do less?

I believe we are learning to live with the virus. Giving up on the elimination strategy means accepting many New Zealanders will die, and others will be left with long term health problems. Around the world, Covid-19 is exacerbating existing inequalities and it will be no different here. To allow that to happen would be an absolute disgrace.

Dubai loosens up its alcohol rules
Is increased trade between Israel and the UAE like...