Increased tensions on the Israeli-Syrian border 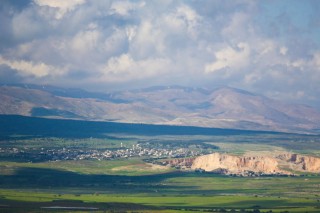 Golan Heights
In recent days, there has been considerable action in the Middle East, especially between Syria and Israel. Tensions have risen along Israel's northern front since a Hezbollah fighter was killed in Syria two weeks ago. The Golan Heights is being targeted specifically.

The incident comes amid heightened tension on Israel's northern frontier following a recent Israeli airstrike that killed a Hezbollah fighter in Syria and anticipation that the militant Lebanese group would retaliate.

'Harm all those who try to harm us'

Israeli troops opened fire on the suspected militants, some of whom were armed, after observing them placing the explosives on the ground, Lieutenant-Colonel Conricus said.

There was no official confirmation that the four suspected attackers were killed but a grainy video released by the Army shows four figures walking away from barbed wire marking the frontier.

The four then disappear in a large explosion that engulfs the area.

The Israeli military did not say if the four were suspected of having ties to Iran or Hezbollah, two Syrian allies.

However, Lieutenant-Colonel Conricus said Israel held the Syrian Government responsible for the incident.

Lebanon's port explosion: how did it happen?
Is Iran covering up the real figures associated wi...