How Arabs in Israel are dealing with the pandemic 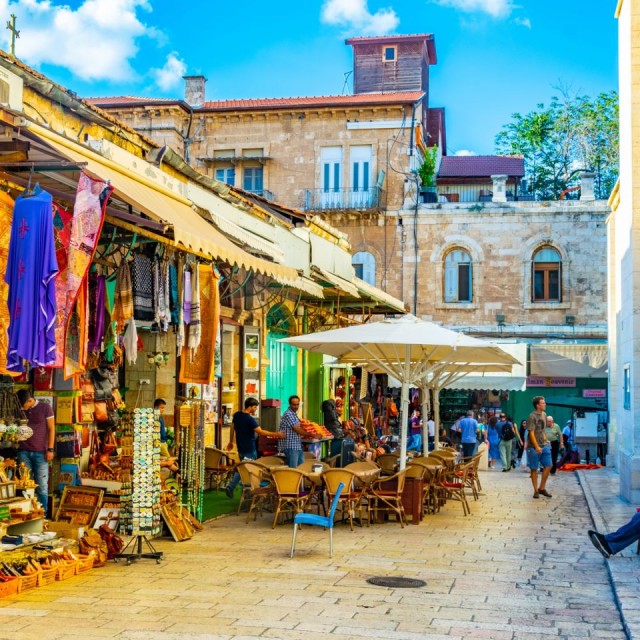 The Arab quarter in Jerusalem, Israel.

The COVID-19 pandemic has hit the Middle East hard, in the same way that the rest of the world has been hit hard. The economic implications of lockdown are severe. The resumption of economic activity across economies is not easy. Most governments are cautious about the relaxing of economies. It is happening slowly.

In Israel, the Arab councils are convinced that going on strike is the only way to improve their lot during the time of a pandemic.

Israel and the Arab World is no different. Arab councils in Israel on strike over pandemic, economic crisis​​

Israel and the Arab World is no different. Arab councils in Israel on strike over pandemic, economic crisis

Heads of Israeli-Arab local councils say they have no choice but to strike because no one in the government is listening to them.

This was not how Israel's 1.9 million Arab citizens had hoped to spend Ramadan. Local governments in Israel's Arab towns and villages have been on strike since May 5, closing down schools, suspending welfare and other municipal services as well as garbage collection, policing and the local coronavirus centers tasked with curtailing the spread of the disease.

The closure of the coronavirus command centers is particularly dangerous in a number of Arab communities hard hit by the pandemic, among them the Negev Bedouin town of Hura, the Wadi Ara town of Umm al-Fahm and Dir al-Assad in the Galilee. Hundreds have tested positive for the virus in these communities, with some in serious condition. Suspending the services of these local centers has halted essential activities, such as evacuating infected residents from their homes to special isolation facilities, disinfecting public buildings, including schools, and reporting to the Health Ministry and other national agencies on the effects of the disease.

The Committee of Local Arab Councils claims it had no choice but to go on strike because no one in the government was listening to them, even though their communities had been harder hit by the pandemic and its repercussions than Jewish ones. Muder Yunes, head of the Arara local council and chair of the umbrella organization of the Committee of Local Arab Councils, told Al-Monitor that Arab society has been suffering built-in discrimination for years — discrimination that the government recognized and sought to address with an unprecedented, five-year economic development plan. The program expires this month. The discrimination, Yunes argued, manifests itself in smaller budget allocations for Arab towns and villages despite their low socio-economic rankings. Thus, for example, while the annual per capita allocation for disadvantaged Arab councils is 560 Israeli shekels($158), similarly ranked Jewish local councils receive 920 shekels ($260), according to Interior Ministry data received by Al-Monitor. The discrimination has been particularly blatant in government compensation for businesses affected by the coronavirus outbreak. "Only 1.7% of the compensation fund was allocated to Arab local councils, whereas Arabs constitute 20% of the population," Yunes said.

Alaa Gantus, economic adviser of the Committee of Local Arab Councils, told Al-Monitor that tax collection, which makes up 80% of local council revenues, has virtually stopped, for various reasons. For example, unemployment in some towns and villages has surged from 15% to over 40%, pushing many families below the poverty line. Even those still employed face uncertainty over their economic prospects and delay less essential monthly payments, he noted. Residents make most payments to the council by going to the bank or the council offices, rather than using credit cards or standing payment orders, and the quarantine and isolation instructions have prevented many from leaving their homes, sharply reducing collection.

To explain the inherent discrimination of Arab local councils, Gantus refers to the eligibility for aid from a special government fund for councils with low tax collection rates because of the pandemic. Some of the criteria, he said, are only relevant to Jewish local councils. For example, towns and villages that house immigrants are eligible for greater funding, but only Jews are allowed to immigrate to Israel and they do not live in Arab communities, meaning that the neediest Arab councils receive only a small percentage of this budget.

Most local councils, Yunes said, are unable to provide even minimal services, not to mention extras such as sports and culture activities for residents. "When we speak to government officials, they tell us we are right, compliment us on our handling of the coronavirus crisis, but only respond to current budget flows," he added. Thus, for example, the Ministry of Interior moved up its grant payments to distressed councils, but failed to take into account that this will create a shortfall next month. "What do they expect my comptroller to do — commit to payments we will be unable to make in the coming months? Here in Arara, garbage has been piling throughout the village. We do not have a budget for ongoing upkeep. We are on the verge of collapse from which we will be unable to recover," Yunes warned.

He pointed to yet another example of inappropriate budget criteria. The government has allocated some 400 million shekels ($113 million) to support community centers, he said, "but we hardly have any community centers and therefore we will get a pittance from this allowance, perpetuating our inequality."

Business owners in Arab towns and villages also testify to being on the verge of collapse. Alaa Ibrahim, owner of an auto repair shop in the Wadi Ara region of central Israel said not a single client has entered his premises since early March. May 17 was the first time clients came in, but only two, and for minor repairs. "I laid off my four workers because I could not pay them. I tried to apply for government compensation, but the process is not accessible in Arabic and it entails a lot of red tape. Unless customers start coming back this week, I am shutting down," he told Al-Monitor.

Hisham Razek, owner of three restaurants in the Galilee region, told Al-Monitor that at least 20 households depend on him for a living, and he has been unable to pay them in March and April. The government will probably allow restaurants to reopen soon, "but even if it happens now, I will have to close down two of the three restaurants. I simply do not have the money to resume operations and buy products. I still have heavy debts to suppliers from before the coronavirus outbreak," Razek said.

The government is undecided on how to respond to the Arab council demands. The Ministry for Social Equality, which is tasked with implementing the five-year economic development plan for the Arab community, justifies most of the claims and the demands for uniquely tailored aid during the coronavirus crisis. The Interior Ministry, on the other hand, is unwilling to commit to special aid, arguing that other than a special grant for the month of Ramadan given to all Arab local councils, the government cannot treat disadvantaged Arab councils differently than Jewish ones.

The Finance Ministry, which holds most of the purse strings, said some of the blame lies with the local council leaders themselves, who are unable to implement long-term economic and business plans designed to extricate their towns and villages from their difficulties. Nonetheless, in off-the-record conversations with Al-Monitor, government officials said they are well aware of these problems and are constantly seeking solutions to ease the councils' ingrained poverty and need. Potential solutions include construction of industrial zones within their municipal borders in order to provide jobs and tax revenues.

The pandemic, one senior official told Al-Monitor on condition of anonymity, has boosted prospects for a follow-up to the five-year economic development plan that expires this month. "The idea is to get the Arab local councils on their feet so that they are better able to withstand future crises, and in general to provide a better level and quality of life for their Arab residents. This is a clear Israeli interest," the official said.

A robot helps the Zaatari refugee camp in Jordan t...
What is the relevance of the GCC?