How AI journalism will change the news 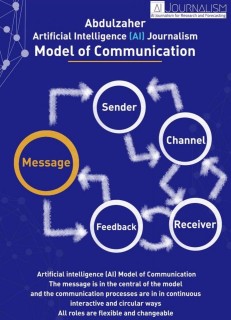 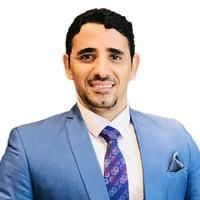 In this article, Lucia Dore interviews AI journalist and Egyptian, Dr Mohamed Abdulzaher on how AI will change the world of journalism.

Publications and newsrooms across the world will see more redundancies, as artificial intelligence (AI) in journalism grows. Increasingly, too, machines will replace people.

At the same time, it is also likely that an increasing number of smaller multi-media companies-perhaps those run by two or three people- will emerge.

This is the thinking of AI journalist, Dr Mohamed Abdulzaher, who has recently written a book entitled: "Artificial Intelligence Journalism- the 4IR and Media Restructuring".

Abdulzaher says that the planning, management, creation of journalistic content, its review and subsequent publication or broadcast to reach the target audience can be automated, and its feedback measured. This ensures the accuracy of the message in publications, broadcast and social media.

The world is expected to invest more than USD$5 trillion in AI technologies by 2050. This compares to what is currently spent, estimated at US $12.4 billion, according to Abdulzaher, citing statistics from a KPMG report.

The AI sector is expected to add more than $50 trillion to the world economy by 2050, and contribute nearly 20% of the global gross domestic product (GDP) at that time, according to some estimates, he adds.

Although a big gap remains between developing and developed countries, not only in AI Journalism technologies but also in various public sectors, such as healthcare and telecommunications, China is expected to become a world leader in AI by 2050. "China aims to spend a huge amount on the AI industry by 2030 to become the world leader in artificial intelligence, as the government considers AI is a new engine of economic development," says Abdulzaher.

According to figures from the EU, in 2017 China's R&D spending (which includes AI) was about $280 billion, accounting for 2.12% of the country's GDP and representing 20% of total world R&D expenditure, (on par with 34 countries in Europe). The rate of R&D investment growth significantly exceeded that of the US and the EU. Expressed in Purchasing Power Parity (PPP) China's investment in R&D was $370.6 billion in 2017, second to the $476.5 billion spent by the USA.

Based on its R&D and industry strategy, China has become a competitor in the fast growing high-tech sectors, like nuclear energy, new energy vehicles, wind and solar PV, artificial intelligence and some parts of advanced manufacturing and robotics, including, drones.

The success of AI in the media depends on the use of all technologies in the Fourth Industrial Revolution (4IR), says Abdulzaher. 4IR combines the use of a multitude of technologies such as blockchain, big data analysis, robot, 3D printing, and the Internet of Things (IOT), as well as AI.

Another author, Klaus Schwab, writes in his book "The Fourth Industrial Revolution", that a range of new technologies "are fusing the physical, digital and biological worlds, impacting all disciplines, economies and industries, and even challenging ideas about what it means to be human

Abdulzaher also believes that AI will create other opportunities for journalists. "There will be greater reliance on satellites 'that penetrate the internet speed to beyond 1000 MB' and a greater use of 3D cameras 'that are more superior, clearer and more comprehensive than the naked eye'".

He also expects that thousands of robots will cover dangerous events, such as war and fires.

The rise of AI in journalism also affects the future of fake news. AI tools can create the public's preferred content but tools can also be used to extend the fake news industry, Abdulzaher says.

"AI Journalism can create very strong tools to watch and control the credibility of the content, media and news," he says."This would be a big wall in the face of fake news,"he adds.

"It is important that these platforms use AI Journalism tools, to ensure the right content is published and to fight fake news," Abdulzaher says.

The AI model of communication

Abdulzaher has also developed the "Abdulzaher AI Journalism Model of Communication", the first model of communication to be developed.

This model illustrates the new roles that AI technologies are playing in the media communication process, such as robots, blockchain, 3D printing, big data analysis technologies, and any other technologies of AI Journalism and the Fourth Industrial Revolution.

The model aims to be applicable to all countries, providing researchers and scholars around the world with a new theoretical and methodological framework, that can be relied on when studying AI journalism in universities and research centres.

For more on the model go to https://www.youtube.com/watch?v=6TS8mjzgMMA