Ageism is prejudice: call it what it is 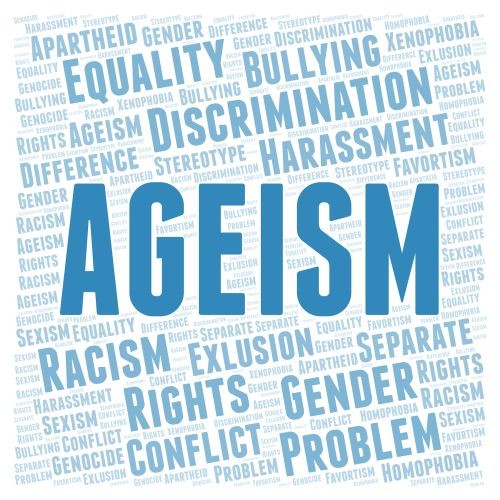 I wrote this article for a company I work with in the UK, called Behavioural Shift.

Ageism is prejudice; it affects men and women; it is global. Ageism is when a person discriminates against another person on the basis of age. It is faced by people over 50, in particular.

Ageism is an ongoing issue and we at Behavioural Shift want to do what we can to combat it. People over 50 (for the record I'm 57) have a lot to give society in terms of experience and knowledge. This is usually forgotten in preference for youth and inexperience. And just because you are older doesn't mean you are unfit. I've just come back from a workout at the gym and I am sure I am as fit, if not fitter, than I was in my 30s. Many people will have had that experience.

Experience, of situations and companies, doesn't count for much if you are older, especially women. Men fare much better in this regard. Wrinkles sit better on a man- or at least that's what society thinks- who gets more "distinguished" as he becomes older. A woman who has wrinkles just gets old and haggard, and is subject to derogatory terms, especially if she is unmarried. "Widow"- the term for a once-married woman who has lost her husband- sounds better than "spinster" and the connotations that go with it.

"Spinster" is a term referring to an unmarried woman who is older than what is perceived as the prime age range during which women should marry. It could also indicate that a woman is considered unlikely to ever marry, according to the online dictionary, Wikipedia. The term originally denoted a woman whose occupation was to spin. A synonymous but more pejorative term is "old maid".

Men do not suffer the same sort of abuse as women. The closest equivalent term for males is "bachelor", but, according to Wikipedia, this generally does not carry the same pejorative connotations in reference to age and perceived desirability in the marriage.

A lot of research is being conducted on aging (Behavioural Shift will write a White Paper on that), the most recent in the UK having been conducted by SunLife, a UK based insurance business. It was conducted this August.

More than a third of British people admit that they have discriminated against others because of their age, according to new research on everyday ageism, with those in their 30s most guilty, according to The Guardian which reported on the research.

The Ageist Britain report, which surveyed 4,000 UK adults and analysed thousands of tweets and blogposts in the UK, found a further one in 30 people admitted to regularly discriminating against anyone aged over 50 – and more than one in 10 admitting that they don't even know if they are ageist.

Carol Vorderman, a British television presenter, who is 58, worked with SunLife on the research.

New Zealand is a country where ageism is rife, particularly in the media. In that respect, it's no different from the UK. At 49, Hilary Barry, the oldest female personality on television is nearly too old for most viewers. Barry is cited as saying: "I joke about it because when I'm interviewed by people... they're forever saying, 'When are you going to stop, when are you going to retire?' I'm like, 49. Are you serious?"

No matter that men are much older: Mike McRoberts is 53, and John Campbell and Simon Dallow are 55. No one comments about their age. Peter Williams also retired from television at 66, although he is now presenting on radio.

The thinking still is that a woman can retire and men, and the children, can look after her in her dotage. But what happens if a woman has chosen not to marry and doesn't have any children to rely on? That is difficult for society to understand. Why would a woman not marry? She couldn't possibly survive on her own. And she most certainly can't have acquired that amount of money on her own, especially if she has a house. A man most have been involved.

It looks as though society will have to get used to an aging population and make the necessary adjustments. In a report carried out by the United Nations in 2017 it found that the global population aged 60 years or over numbered 962 million in 2017, more than twice as large as in 1980 when there were 382 million older persons worldwide. The number of older persons is expected to double again by 2050, when it is projected to reach nearly 2.1 billion.

It also found that in 2030, older persons are expected to outnumber children under age 10 (1.41 billion versus 1.35 billion); in 2050, projections indicate that there will be more older persons aged 60 or over than adolescents and youth at ages 10-24 (2.1 billion versus 2.0 billion). Globally, the number of persons aged 80 years or over is projected to increase more than threefold between 2017 and 2050, rising from 137 million to 425 million.

The research also found that in general, older women are more likely than older men to live alone. Both in Africa and in Europe, older women were more than twice as likely as their male counterparts to be living alone.

As the population continues to age, governments should implement policies to address the needs and interests of older persons, including those related to housing, employment, health care and social protection.

Will everyone agree that more resources should go to an aging population? Probably not, but maybe society will have to get used to it.

(A White Paper on the Aging Population by Behavioural Shift will be available in November 2019).