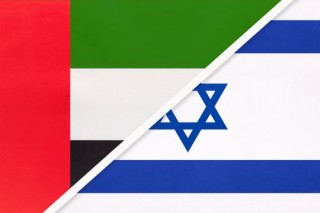 How will the "normalisation" of UAE- Israeli relations affect PR?

I was interested to read this excellent piece on Linkedin by a PR consultant who lives in Bahrain. How do UAE companies communicate with Israeli companies given the "normalisation" of relations between the companies? This article looks at what the UAE- Israeli deal means for relations for PR and communication companies.

by Alex of Arabia (a blog)

The two countries are now open for business with each other. But what does that mean for the PR sector? (image: Al Arabiya)

I've seen this year described in many ways (whenever I talk about 2020, I just end up swearing), but one phrase which we'd all agree on is that it's the year of change. And one of those changes is the agreement between Israel and the UAE. I'm not going to go into the politics of this. What I will say is that there's going to be much more open interaction between the two countries, especially when it comes to business.

Now, what does this mean for PR practitioners in the UAE? You're going to be opportunities to win new business, and that isn't a bad thing given how bad 2020 has been for business. But it's not going to be a walk in the park. I'm going to give a few pointers as to what to expect based on my own experiences living in Israel and the Palestinian Territories and dealing with media and PRs in Tel Aviv.

Let's start with Israel's society, which is incredibly diverse. The country's mix is ostensibly majority Jewish, with a fifth to quarter of the country identifying as Arab (the Arab population is mainly Muslim, but there are large Christian and Druze groups). The Jewish population hails from all over the world, from Western and Eastern Europe, Russia, the Middle East (think Egypt, Iran, Iraq, Morocco and Yemen), Africa (mainly Ethiopia) and the United States. There are also smaller minorities, such as Armenians, Bahais and non-Arab Christian groups.

This cultural cocktail shapes the country's language. Hebrew is the official language, but Arabic is also widely spoken (most Jewish Israelis don't speak Arabic, but they should be able to understand the language due to their common roots). Russian is common on the coast too. English is widely understood.

When it comes to Israelis themselves, they're often called "Sabras" after the prickly pear. Essentially, the stereotype is that Israelis are rude and direct to strangers, but kind to friends and family. This is how that stereotype looks like in the media (see below). I've always found the Israelis courteous and hospitable, even when talking about food (hummus and felafel are Arab), and politics (I can't help it).

Israel is confusing when it comes to religion and secularism. The country is very western (Tel Aviv is has the largest open LGBTQ+ community in the Middle East), but it has become increasingly religious over the past two decades as the Orthodox communities have grown in population and political influence. Most of the country observes Shabbat, the Jewish holy day from Friday night to Saturday evening. It may be too simple an analogy to make, but generally Tel Aviv is the open, business-oriented city, whereas Jerusalem is the religious, political heartland.

This is where it gets fun. Israelis are news-obsessed, and this is reflected in their media. The Israeli media is the most open of any in the Middle East. Unlike the rest of the region, there is little censorship and no self-censorship (the exception is when writing on something that is considered harmful to public security, and there are even ways for the media to circumvent these rules). There's a media outlet for whatever your beliefs may be, from the left wing/center Haaretz (my favorite by reporting) and Maariv to the centrist Yedioth Ahronoth and the right wing Jerusalem Post and Israel Hayom. These labels can be unfair, as editors/journalists may give favorable coverage to a given subject one day and write a scathing article the next. The Hebrew language dominates, but there's Arabic and English-language publications too. All of these publications have significant digital operations, where they compete with digital-only news sites such as +972 and the Times of Israel.

For a country with a population of about nine million people, Israel has a significant number of television stations (both public and privately-owned). Many of them have public affairs shows, which are widely watched. And they're often scathing of the government. There's less business-related coverage on television. Likewise, radio is very much current affairs-focused.

Business-wise, Israel is well known for its technology industry (it's second only to Silicon Valley when it comes to start-ups) and its defense sector. Both will be of interest to the Gulf. What Israel isn't well known for is public relations. The sector has come on in leaps and bounds over the past two decades (you can read about this here behind Haaretz's paywall). Most of the agencies in Israel are small (have a look here); in contrast, there's fewer big name, global agencies. What this does mean is that there's an opportunity for Dubai-based agencies to partner up with firms in Israel. It'll be fascinating to see if agencies here openly promote/announce any such partnerships.

You may need an Israeli agency when it comes to dealing with Israeli clients. From all the media reports flying around about the Israeli-Emirati agreement, much has focused on the potential for business. Expectations are already high, and Israeli clients will need to tread carefully when dealing with reputational issues in the Gulf. They may not listen to advice, and have over-inflated hopes of coverage. Having said that, isn't that most clients?

I'm going to call it a day for now. I'm sure others will have lots to say on this issue. But one thing is clear – both sides will have to learn quickly how the other works. I've already seen a slew of articles in the open Israeli press which have taken apart carefully crafted public messaging. PRs in the UAE are going to have to learn quickly about what makes Israeli media tick if they hope to ensure that their messages are both understood and used by Israeli media. And Israeli clients will need to understand that while there'll be fewer questions asked of them by the UAE's media, a paid approach to publications here will be vital to secure coverage. It's going to be fascinating to watch how this plays out.

Iridium using ML to determine company company, val...
The sentencing of the mosque terrorist in Christch...